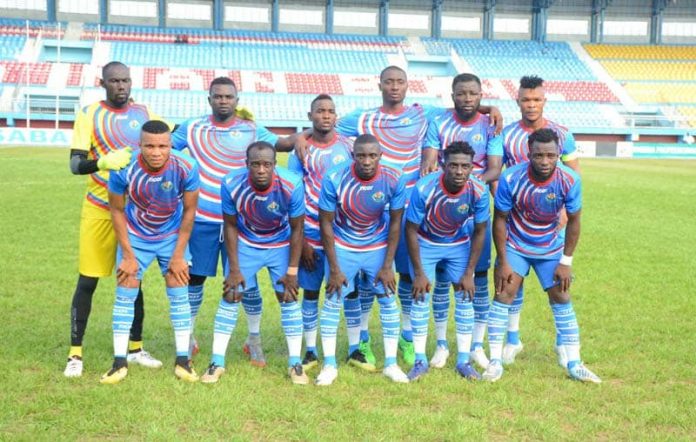 .Both clubs to get it soon

Warri Wolves, Apex Krane’s preparations for the start of new season in the Nigeria Professional Football League (NPFL) and the Nigeria National League (NNL) got a great boost after their sportswear consignments from Denmark based Sportswear manufacturing Company, Tico arrived Nigeria.

The Tico/Select African Ambassador and former Super Eagles’ player, Ifeanyi Ekwueme who spoke with www.dasportstainment247.com said the sportswear of Warri Wolves and Apex Krane for the 2020-21 season have officially entered Nigeria and that the two Delta based teams will be receiving their consignments any moment from now.

He further said that Warri Wolves and Apex Krane are also entitled to training jerseys, house-wears and travel wears (50 pieces each) customised with the clubs’ logos and the in the insignia of the and jersey numbers.

Ekwueme also informed that Tico Sportswear Manufacturing Company made provisions for 15 pieces of house wears and travel wears for the officials of Warri Wolves and Apex Krane too.

“What Warri Wolves and Apex Krane have done is unprecedented and it must be commended. They did not only order for their kits alone, they also remembered to include replica jerseys to enable their fans and supporters adorn it at a pocket friendly amount,” Ekwueme told www.dasportstainment247.com in an exclusive interview.

“We at Tico/Select companies we want the best for our customers. It is the reason we keep on evolving. Warri Wolves are about getting what they ordered for at very top quality and it is desire to get more Nigerian clubs to patronise us. They are going to get value for money.”

The former Nigeria International also disclosed that Warri Wolves and Apex Krane made provisions for the purchase of 1,500 pieces of replica jerseys each they intend selling to their supporters and numerous fans.

The accomplished ex-international is the sponsor of the 2nd edition of the Tico/Select Pre-season Tournament starting in Enugu on Monday meant for teams that use the two companies sportswears majorly but with grace for other interested clubs that are not on their stable yet.