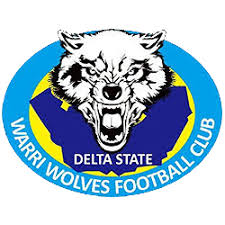 Warri Wolves had a dominant display on Matchday 18 against FC Ifeanyi Ubah at the Delta State Polytechnic Stadium in Ozoro, after the Seasiders put the Anambra Warriors to the sword and secured their fourth of the 2020-21 Nigeria Professional Football League (NPFL) campaign.

The victory was the first recorded under the watch of interim Head Coach, Paul Offor. It was also the Seasiders first victory in the past six matches. A renaissance which began with the hard-fought 1-1 draw in Owerri against Heartland FC, the penultimate weekend.

Former FC Ifeanyi Ubah striker, Uche Ihuarulam scored from the penalty spot to put Warri Wolves in the lead in the 5th minute.

Ten minutes later, Eru Jackson notched the second for the hosts, finishing off a brilliant solo effort by putting the ball through the legs of FC IfeanyiUbah goalkeeper, Abuchi Okeke.

At the other side of halftime, Warri Wolves continued their dominant display and Emeka Uzor stretched the advantage for the Seasiders, after poking in an Efe Yarhere pinpoint cross from the right flank.

In 76th minute, Christian Molokwu bagged a consolation goal for the Anambra Warriors, after hitting the ball real hard outside the vital area to ensure the final scores stayed at 3 – 1 at full-time.

At the end of the game, FC IfeanyiUbah head coach, Uche Okagbue, boasted that Warri Wolves were lucky to have clashed with his side on the day their game did not work out the way they had planned it.

“They were lucky that they played us on our bad day,” said Okagbue empathically.

“On our day, we would have given a good run for their money.”

“My boys didn’t leave up to expectations today, especially my fullbacks.”

But his opposite number, Coach Paul Offor of Warri Wolves attributed the victory to the hardwork his players put in prior to the game.

“We’ve been working hard for this game through the week,” Coach Offor noted.

“I want to appreciate my players for their cooperation so far.”

“I know that there are things we need to improve on, especially our positioning when we are in possession.”

“My team is a work in progress.”

Warri Wolves will next be in action on April 4th, 2021, when they travel to Kaduna to keep a date with Kano Pillars on Matchday 19.