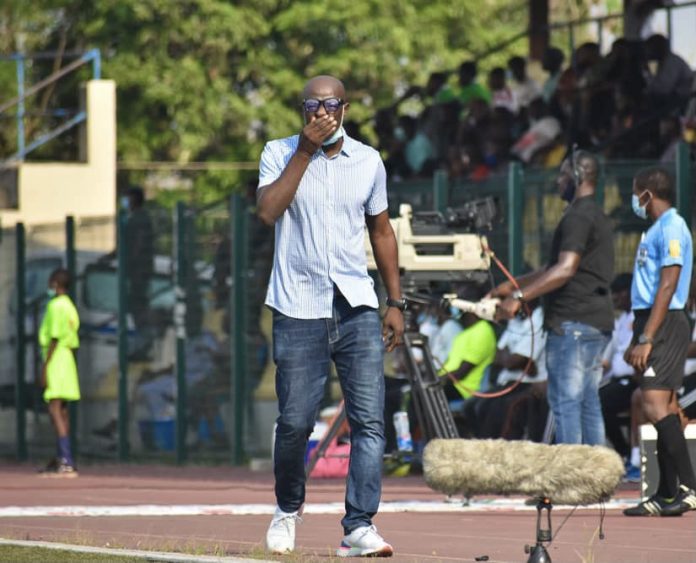 We are pleased to announce the appointment of Coach Tony Bolus as the Head Coach at Vandrezzer Football Club; signed on a three-month interim contract geared towards leading the team to a successful close of the 2020/21 NNL league season.

Bolus who emerged as the favourite to take the Lions of Naija’s coaching job from the list of coaches who were shortlisted, brings onboard over seventeen (17) years of coaching experience at professional level, working with Nigerian Premier League Clubs including Giwa FC Jos, Rangers international Football Club and most recently MFM FC.

Bolus was the immediate past head coach at MFM Football Club for the last two seasons, and previously, functioned as assistant coach at Rangers FC where he was instrumental in leading the team to the league title and subsequent qualification for the CAF continental competition.

Following the resumption of the second stanza of the 2020/21 NNL campaign, the 51-year-old and holder of a CAF B license, has been handed a 3 months interim contract that would run till the end of the 2020/21 NNL season and has been charged with the responsibility of getting the team back to winning ways. He would lead the team as they take on 3SC FC in a return leg at the Agege Soccer Temple, Lagos this weekend.

On the other hand, Kingsley Ogbonna, the Acting Chief Operating Officer of the club has commended Coach Madaki for his contribution to the team. He stated, “Beyond performances and results, Coach Madaki brought to bear his wealth of experience as a coach, he connected very well with the players and gave them an even deeper perspective of the club and an opportunity for them to discover their superpowers.”

He added, “In line with the new organizational changes, Coach Madaki who has been functioning in the capacity as current caretaker manager of the first team and led the team in the last 9 matches, has now been reassigned and would be charged with the responsibility of managing one of the club’s academy centres in Nigeria.

Upon resumption of duties, the new coach will meet with his players on Wednesday 05, 2021 and thereafter participate in an official press conference at 15:00 GMT at the Club’s Office.