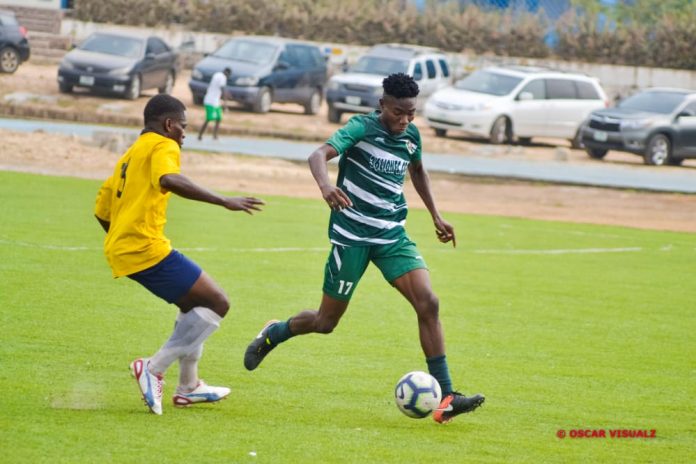 36 Lion put up a spirited effort but came short in the final as they were pinned 2-0 by DN10 FC at the Lead University Stadium, Ibadan on Friday morning.

36 Lion had topped Group B ahead of Liberty FC, Ikon Allah FC, and Gidado FC with seven points while the eventual winner, DN 10 came first in Group A.

Despite the loss, some players of 36 Lion got the attention of the scouts and agents that thronged the talent hunt tournament in Ibadan.

The president of 36 Lion, Hajj Gafar Liameed praised the doggedness of his wards and the organisers of the tournament. He blamed the defeat on the inability of his wards to convert the numerous chances they created.

“DN10 Football Club tamed our Lions as we came short in Ibadan to lift the 2nd place trophy,” Hajj Liameed wrote shortly after the game and made available to www.dasportstainment247.com.

“Kudos again to Diamond Sports Management and the management of Triple 44.”