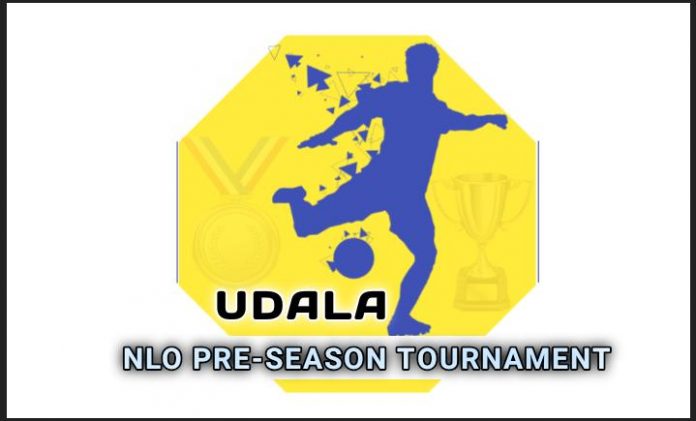 Udala NLO Pre-season Tournament has begun in grand style at the Neros Stadium, Nanka on Monday with the host team emerging victorious in the tournament’s opening game after a 2-1 win over hardfighting INGAS FC of Enugu.

The pre-season tournament is packaged and sponsored by the owner of Udala FC, High Chief Philip Udala and it has season broadcaster, Ralph Chidozie George as the competition’s Coordinator.

The draws for the tournament was held on Sunday night and it has presented tantalising fixtures. At the end of the draws, Group A has hosts, Udala FC, INGAS, Goddosky and Dosad Football Academy while Group B is made up of Enyimba Feeders, Right2Win, Cynosure and Aspire FC.

According to the draw, Udala FC opened the tournament with a tough game against INGAS. It was Ingas that scored the first goal of the tourney through Okorie Chiedozie in the 15th minute before Udala equalised through Ebuka Morah three minutes after the opening goal.

The host team shot into the lead in the 35th minute through Valentine Ugwu and the game has ended with the hosts winning the first game of the tourney with a 2-1 victory.

Enyimba Feeders will face Right2Win and Cynosure slug it out with Aspire FC in the Group B matches slated for Monday also.

Eight teams will be taking part in the Udala NLO Pre-season Tournament with four teams each drawn into two groups while the first and second scale through to the semi-final and then the final to follow on Valentine’s day.