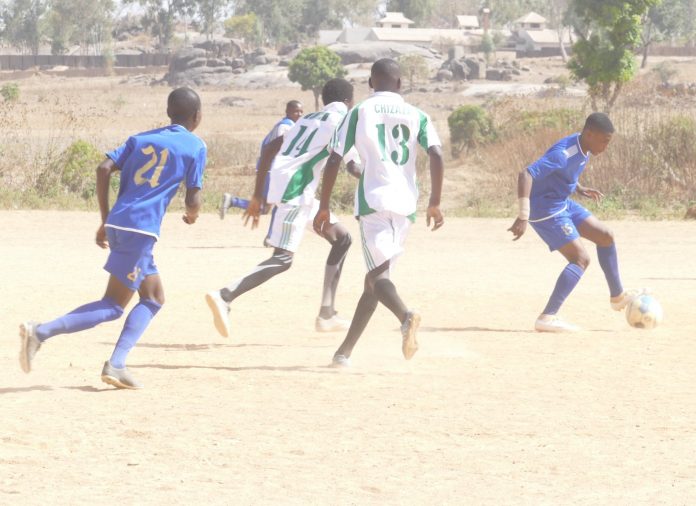 Jr. Sporting Boys continued their upward movement on the league table after an emphatic 5-1 whiplash of Ceemonie SA while there were important wins for Super Stars, Mees Palace Football Academy, Jazzy Stars, and Gangere Youths as Matchday Five games of the Tsenba Wummen Under 14 Football League were decided across two match venues on Thursday.

In the same vein, in the Under 16 category of the Tsenba Wummen League, Mees Palace Football Academy were devastating in their latest victory as SJC Lions, Tin City FA and St. Monica also recorded massive wins in their respective matches played also on Thursday.

In the Under 14 category, Super Stars moved to 10th spot on the log with seven points after a 3-1 win against Vet Glory who slipped out of the top five to sixth with nine points. Musa Isa, Ismail Ahmad, and Yusuf Murtala’s first-half goals were enough for the crucial three points. Hamza Usman’s 43rd-minute effort turned out to be a consolation goal for Vet Glory.

Jr Sporting Boys showed that their 3-0 win over Jazzy Stars was no fluke with another impressive 5-1 triumph over Ceemonie SA. Jr. Sporting are now third with 12 points from five games Ceemonie are 11th with seven points.

First placed Mees Palace secured their fifth win of the season from five matches with a routine 2-0 victory over Young Champions to move three points clear of second-placed Relentless FA who have a game at hand while Jazzy Stars eventually bagged their first win of the season in a 4-1 victory over Light FC. Jazreel Akintola’s hat trick crucial for the win. They are now 14th on the log with three points.

Meanwhile, Gangere Youths bounced back from two successive draws to bash winless Riverside FA 3-0 to jump to the ninth spot with eight points.

St. Monica and Mees Palace are proving to be the teams to beat in the Under 16 cadre after both scored 14 goals combine and not letting in any in their crushing defeat of Yard FC and FC Sports in that order.

St. Monica whipped Yard FC 6-0 with Isaac Jawo the star of the game with four goals in the game all scored in the first half. St. Monica are second to Mees Palace on goals difference having amassed 15 points from five games.

Eight-placed Jazzy Stars were held to a goalless draw by in-form FC Izam who are now fourth on the table with 11 points. Third-placed Tin City FA and Adalchi who are in 11th spot with seven points also boosted their chances with victories over Top Free Academy and CF Bwin respectively.

You can get the full results, statistics, and goals scorers from www.dasportstainment247.com below with technical assistance from Deji Ogeyingbo, one of the organisers of the Tsenba Wummen League.