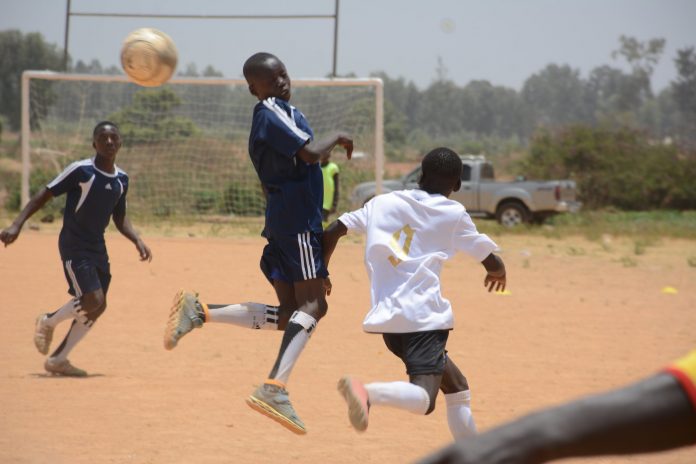 Two first half brace from Weng Amos in the 29th and 43rd minutes kept Mees Palace Football Academy (MPFA) at the top of the Tsenba Wummen U14 Football League while there were vital victories for Relentless FA, Top Free Academy, Jr. Sporting Boys and Vet Glory who occupied the top five positions on the log as the league entered Matchday Four on Tuesday in Jos metropolis.

In the U16 category, Galatians FC, Top Free Academy, Jazzy Stars and Mees Palace were among the 10 teams that got morale boosting wins in their Matchday Four encounters.

Before hostilities began for the fourth round of games of the season in the Under 14 cadre, the headline fixture was between leaders, Mees Palace Football Academy (MPFA) and the then third placed Elspuron but reigning champions did just enough to thwart them by two unreplied goals through the football ingenuity of Weng. MPFA retained their first spot with maximum 12 points while Elspuron dropped to the sixth position with nine points.

On the heels on Mees Palace is Relentless FA who have shown they have come into the season with serious business. They also won their game against 14th placed Riverside FA 5-0 and thus maintained their perfect start with 12 points from four matches. They are the only team yet to concede a goal in the Under 14 category in this campaign thus far. They are second on the table with 12 points only by Mees Palace’s superior goals difference.

Jeremiah Sunday emerged as the star of the game with a hat-trick while Matthew Peter and Emmanuel Bature added a goal each for Relentless FA who ensured Riverside FA suffered their second defeat of the season.

In some of the selected results, Vet Glory moved to the fifth spot with nine points after a 3-1 win over Jazzy Stars who are yet to secure any points after four games. Jazzy Stars however bagged their first goal of the season in the encounter. Jazzy are 19th on the log.

Highland Stars returned to winning ways after their loss to Vet Glory in the last weekend game. They dimmed Light FC 2-1 for their third win of the season. They are seventh on the log with nine points.

Jr. Sporting Boys moved a step to the fourth spot with nine points after they walloped Super Stars 4-1 on Tuesday. They made it seven goals from the last two games with the 3-0 whiplash of Jazzy Stars last weekend while Gangere Youths are fast becoming draw specialists after they failed to hold on to their lead twice before settling for a 2-2 with Ceemonie SA. They had played a thrilling 3-3 draw with Super Stars last weekend. Gangere Youth are 11th on the log with five points while Ceemonie slipped a place down to the eighth position with seven points.

If Relentless FA are proving a hard nut to crack for Mees Palace in the Under 14, they seemed to be on a roll without much competition in the Under 16 category after another emphatic win over Kuru Young Stars whom they pummeled 8-0.

Jazzy Stars pipped Yard FC 2-1 to show that they have recovered from their weekend defeat to Rahbam FA. Samuel Sunday and Shedrack Patrick’s early goals in the fourth and 23rd minutes were enough for the win despite Yard FC’s attempted comeback with their goal through Sele Mancha in the 35th minute.

Check the comprehensive results of all the Matchday Four games below and impeccable credit to one of the officials of the Tsenba Wummen League, Deji Ogeyingbo who offered www.dasportstainment247.com technical assistance.

Matchday Five games hold on Friday and Saturday this weekend.