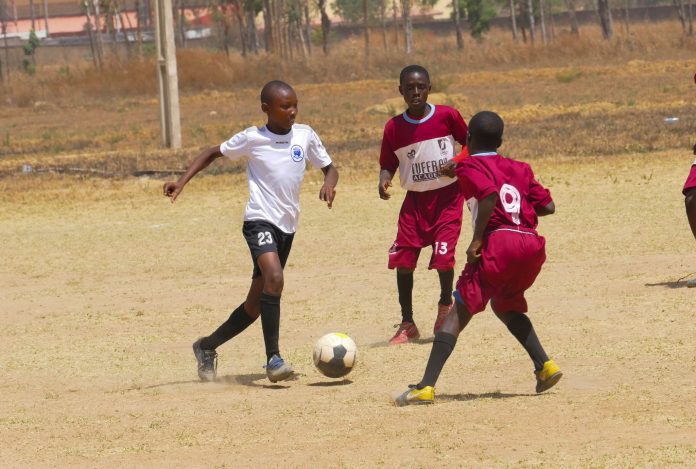 All is set for the Matchday Four of the Tsenba Wummen U14 and U16 Football League with 20 mouthwatering fixtures lined up across the two cadres as actions resume from 9.00 am today in Jos.

In the Under 14 category, table topper Mees Palace Football Academy (MPFA) will face a tough task to keep their 100 percent winning start when they file out against third placed Elspuron who have also won their opening three games. Both teams’ unbeaten start to the league season will be put under scrutiny this morning. MPFA are first on the league table with nine points and with a whooping 17 goals difference while Elspuron are third with nine maximum points too but with plus five goals difference.

Relentless FA must show more resilience as they target their fourth straight win of the season against Riverside who will be seeking their first win of the season from four attempts. Relentless who are presently second on the log with nine points thrashed Ceemonie SA 8-0 last weekend and they must maintain their winning start to the season to keep pace with MPFA and other teams.

Fourth placed Top Free Academy will trade tackles with relegation threatened Hephzibah while Jazzy Stars who have had a disappointing start to the season with three losses out of three games will strive to redeem image against sixth placed Vet Glory also today in another Under 14 cracker.

In the Under 16 category, Mees Palace Football Academy (MPFA) will lock horns with Kuru Young Stars. MPFA thrashed SJC Lions 4-1 last weekend in the third game of the season.

Top Free Academy were walked over by Galatians last weekend. They will slug it out with Samba Boys today as they seek a return to winning ways. Samba beat Royal Stars 3-1 the last time out.

Jeddy Academy plundered five goals past Mabo Young Stars last weekend. They have Adalchi to contend with today. Adalchi lost 4-2 to St. Monica last weekend. Can they prevent another defeat?

Jazzy Stars were trounced 3-1 by Rahbam in an underwhelming performance last weekend and they face Yard FC in another tie today. Sammy Adesoji tutored lads must up their performance to seek a winning return.