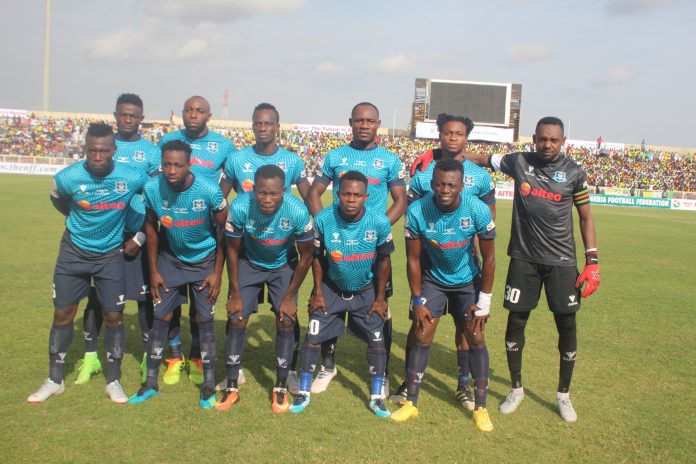 Niger Tornadoes have released the list of 27 players that they are going to use to prosecute their CAF Confederation Cup campaign. The Ikon Allah head coach, Abubakar Bala told SportingLife that he settled for the registered players after a laborious effort to ensure
that he gets the best available players for the CAF Inter-Club competition.

Tornadoes will face Standard FC of Zaria today in their final preparatory game before the clash with Santoba Conakry of Guinea on Saturday in Kaduna. Bala said that the game with Standard FC will afford him another opportunity to take a look at his new-look team before making up his mind on the players to be used for the weekend clash.

“We have another friendly match against Standard FC on Tuesday after the one with John Utaka Football Academy, Minna last weekend which we won 2-1,” Bala told SportingLife.

“It is a friendly match that I will use in assessing the rest of the players that didn’t get to play against John Utaka Academy. We are really working hard to ensure that the players blend well together before Saturday. We have picked the players that we feel will do the
job well.”