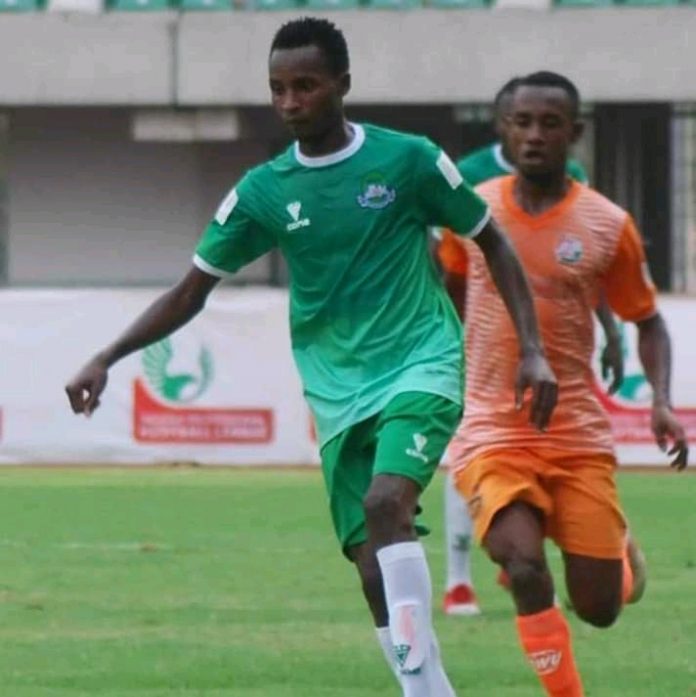 The Management of Nasarawa United Football Club has announced that its player, Muhammad Abdallah Hussain, has gone on AWOL(Absent Without Official Leave)and his whereabouts unknown even though he is suspected to be currently in the camp of one of the NPFL Clubs.

Chairman, Barr. Isaac Danladi told Club Media that the said player has an existing contract with the Solid Miners and has been receiving his monthly salary to date.

He disclosed that Muhammad Abdallah Hussain has not returned to the Lafia-based Club since leaving the camp of the National U-20 Youth Football Team, the Flying Eagles, following their ouster from the WAFU U-20 Championship in Benin Republic recently.

The Nasarawa United supremo warned anyone or Club doing business with the player with the intention of securing his transfer out of the Lafia-based club to desist forthwith otherwise the club or person will be doing so at his or her own peril.

The Club Chairman further Stated that the NFF and LMC have been duly informed of the development.

Recall that the midfielder was invited to the Nigerian National U-20 Male team by Coach Ladan Bosso on 13th November, 2020, following his impressive performance for Nasarawa United in a preseason friendly game against the Flying Eagles in Abuja.