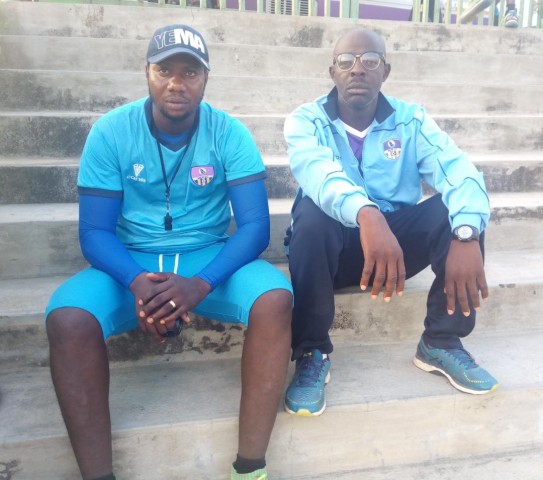 Mountain of Fire and Miracle Ministries head coach, Tony Bolus has stated that their away win against Heartland in their first Nigeria Professional Football League tie of the 2019-20 season is a reward for the unyielding love and the implicit patience the management of the Olukoya Boys showed in the technical crew during their turbulent pre-season activities.

Clement Ogwu’s 39th-minute stunner was all that the Olukoya Boys needed to begin the season in a fascinating style at the Okigwe Township Stadium against Heartland and thus send to the thrash the supposed talk of likely relegation battle before the beginning of the season.

Bolus took over from Fidelis Ilechukwu who moved over to Heartland FC at the end of last season and the former Giwa FC handler had to start from the scratch aware that MFM policy of nurturing budding talent to stardom does not give room for expensive experienced signings.

The coach told npfl.ng that the unimpressive results the Olukoya Boys recorded during the pre-season games were among the sacrifices they had to pay to ensure that they raise a formidable team that could compete with star-studded Heartland.

“The players put their acts together and followed to the letter the instructions we gave them and it was the reason we won the game,” Bolus told npfl.ng.

“One thing you should understand is that going into a new team you have to experiment with a lot of things to be able to get the best. During the pre-season, we were trying so many mixes and it was good for us that we chose that path.

“If we had not done what we did and emphasis was on getting results during the pre-season, maybe we might not have got it right. The management showed a lot of understanding when the results were not coming because we always have some of the management members in the team in most of the friendly games that we played. I was also able to explain the reason behind those results to them too.”

Speaking on the game with Heartland in Okigwe, Bolus explained that they were aware of the threat they would encounter and that they had to double their training sessions about a week to the game to ensure that they withstand all that the Naze Millionaires would throw at them.

He said they were just determined to prove a point against Heartland knowing that they would be up against a very strong team with quality players that any coach can be proud of.

The coach added that they were able to take the three points because his players carried out to the letter the instructions given to them ahead of the game.

“They were able to put to practice all that we thought them before the game,” the former Enugu Rangers coach continued.

“They put their efforts to the game and the fact that we doubled our training sessions last week in the build-up to the game also helped us. We know the calibre of the coach we would be meeting (Fidelis Ilechukwu) who is a good coach irrespective of the scores against them.

“Heartland are a very good team and I was surprised by the quality of players they have. I am no longer a novice in the league and I know a lot of players and the calibre of players I saw against us are top-notch.”

In spite of the away win, Bolus admonished his players not to get carried away by the feat as they have only begun the season and that for them to make headway consolidation on the result of the first game must be their watchword as they welcome FC IfeanyiUbah to the Agege Stadium, Lagos this weekend in the second game of the campaign.

‘We won’t let this result get into our heads,” Bolus pointed out.

“It is just the beginning of the journey and the journey is still far because we still have like 37 matches more to play. We need to keep our heads low and concentrate on the next game with FC IfeanyiUbah.

“Every game has its own approach. We are going to approach the game with FC IfeanyiUbah in a very different way. We are not going to play the same way we played against Heartland in Okigwe when we return home to face FC IfeanyiUbah.”