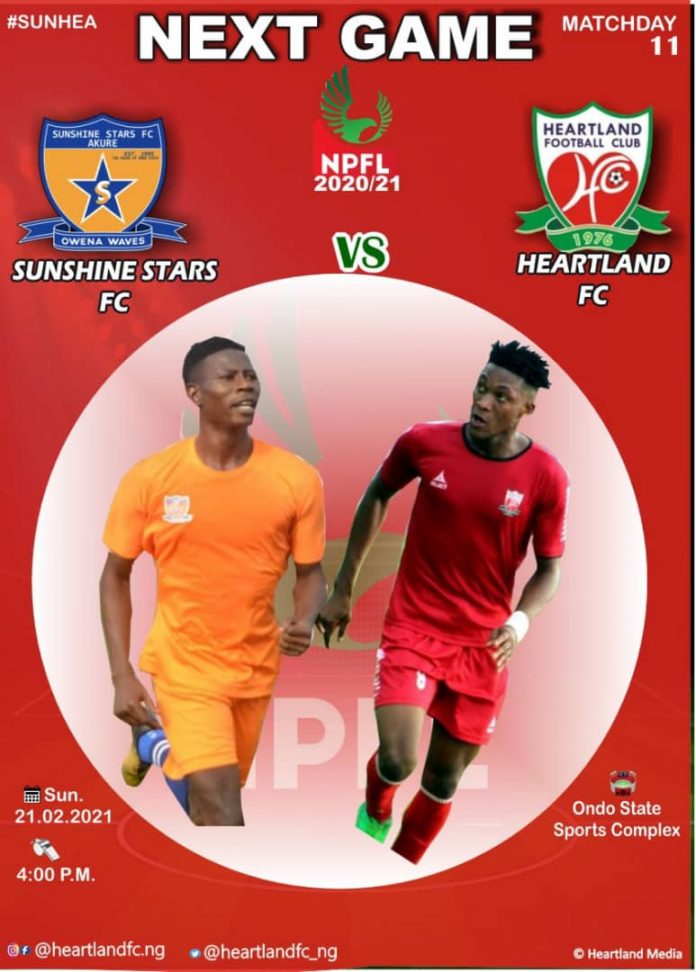 Heartland FC of Owerri will hope to continue their rich vein of form when they trade tackles with Sunshine Stars, at the Ondo Sports Complex Akure, in a pulsating matchday 11 of the Nigeria Professional Football League on Sunday, by 4 pm.

Coach Fidelis Ilechukwu tutored boys have not tasted defeat in their last three games. A draw against Oriental Brothers, FC Ifeanyi Ubah at the Dan Anyiam Stadium was followed by two consecutive victories against MFM FC in Lagos and Lobi Stars at the Okigwe Township Stadium.

The Scientific Boys who occupy the 12th position with 13 points are however geared towards making a statement once again away from home against Gbenga Ogunbote’s side who are 8th on the log with 14 points after Match Day 10.

Heartland Midfielder Samuel Nnoshiri says he’s optimistic that the Naze Millionaires will come out with a positive result against Sunshine Stars who had dropped points twice at home this season against Lobi Stars and Kwara United.

“They are a good side, but we will do our best to pick at least a point against them, we hope to continue our unbeaten run, by God’s grace it will be all smiles after ninety minutes,” Nnoshiri told Heartland Media.