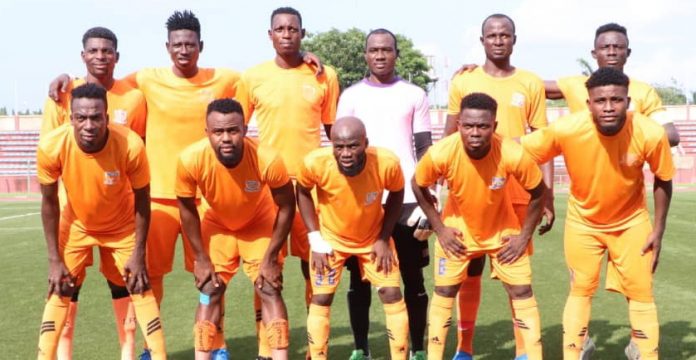 Sunshine Stars have announced the capture of Deji Ayeni as their new head coach until the end of the season.

Ayeni is to replace Gbenga Ogunbote who recently resigned as head coach over spate of unimpressive results.

“Sunshine Stars are pleased to announce that an agreement has been reached with Deji Ayeni for the tactician to become the Club’s new Head Coach,” A press statement from the club’s media unit said.

“Ayeni has taken charge immediately on a deal through the end of the season with a renewable option.”

Ayeni expressed his delight at his move to Sunshine Stars but was sad he left his former team, Ekiti United.

“Professionally this is a good move for me, not just because of money, but the challenge involved. I felt pains leaving my former team, it’s really was a highly emotional thing.” The former Ekiti United coach said.

“I am just an instrument of destiny fulfilment and I know God is going to prove himself again. I must say that in football it is not over until it is over; the situation we are in presently is very redeemable. The team has a lot of potential and I believe if we put all hands on deck we shall succeed.”

The young coach is renowned for his beautiful and fast pace brand of football.

He will be assisted by Kayode Adeyemi, Sulaimon Akinfolarin, Kayode Emmanuel and Busuyi Ibukun.