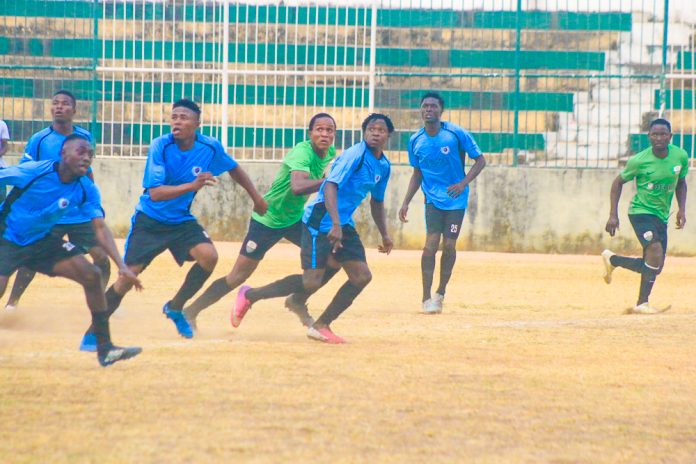 It was action, skills and fun as the much talked about SSI Premiership kick started yesterday at the Rwang Pam Township stadium, Jos.

The match, which was streamed live for the whole world to see, saw Derby Football Academy beat El-Spuron Football Academy 1-0.
Musa Dino got the only goal for Derby Academy in the 10th minute after his namesake at the other end, Musa Nuhu went with a two footed tackle against a Derby player.

A not too impressed Coach Emmanuel Akpah of Derby Academy said his boys didn’t give their best despite playing with one man advantage, but believes they will get better in the next match. He gave kudos to the officiating officials.

On his own part, the Chief Coach of El-Spuron Football Academy, Augustine Samuel, whose team played most duration of the game with one man less, blamed his loss on the lack of experience of his boys at this level, hence couldn’t play to their rhythm; but promised to bounce back and go for a win in the next game.

Derby Academy’s Musa Dino got the Man of the Match award.

The SSI Premiership, with ten football academies, will see 180 matches played in the space of 4 months.