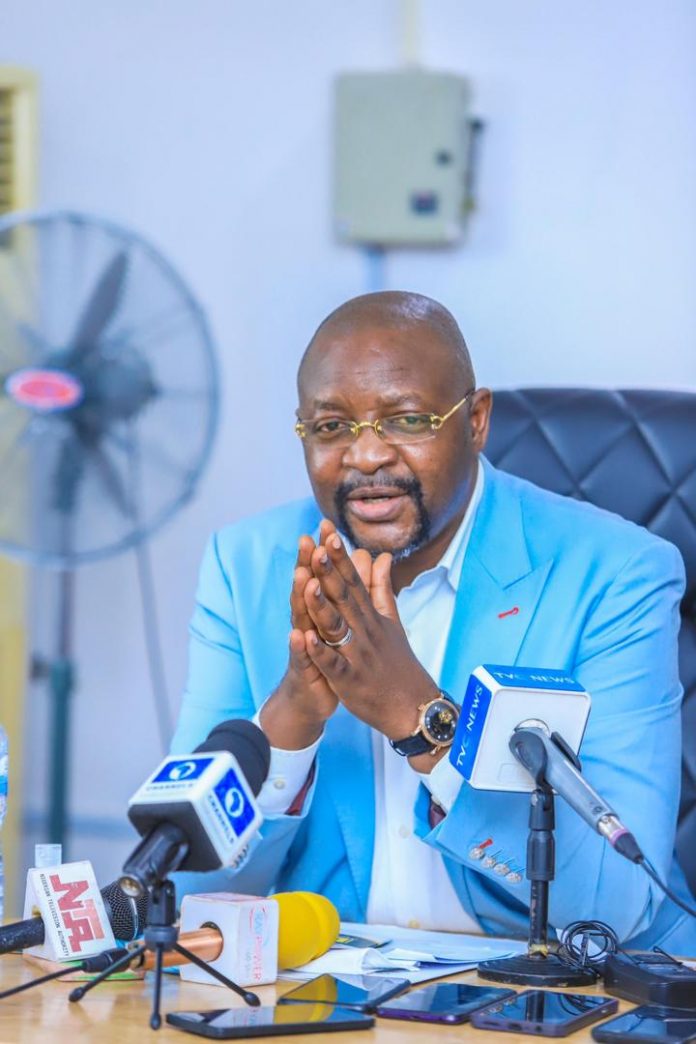 “In an Egalitarian society, sports is developed alongside private investors. Look at countries like United kingdom, Jamaica, United States, South Africa and a host of others that have successfully done this.

“We need to develop sports deliberately with the help of public, private partnership with Government. We believe in a holistic sports development which is a total departure from funding sporting competitions and waiting for the next Olympics, FIFA World Cup, Commonwealth Games or the All Africa Games.

“But as important as these events are, they do not equate to sports development.But we came in clearly with the vision of developing a template that speaks to sports development and not just to infrastructures, but also the athletes as well as the entire gamut of sports.”

The Minister expressed gratitude to Sir Kesington Adebutu and Alhaji Aliko Dangote for their immense contribution to Sports Development.

“We need to thank these two philanthropists Sir kesington Adebutu and Alhaji Aliko Dangote for their immense contribution towards sports Development.They both made the rehabilitation of the National stadium Surelere, and the Moshood Abiola Stadium, Abuja possible with the adopt initiative.

“We are also looking at the possibility of building a mini stadium or township stadium in each geo-political zone once we have the money. The last one is to ‘Adopt-A-Team’ and we have seen what Total has done for both the Men ‘s and Women’s national Basketball teams,” Dare concluded.