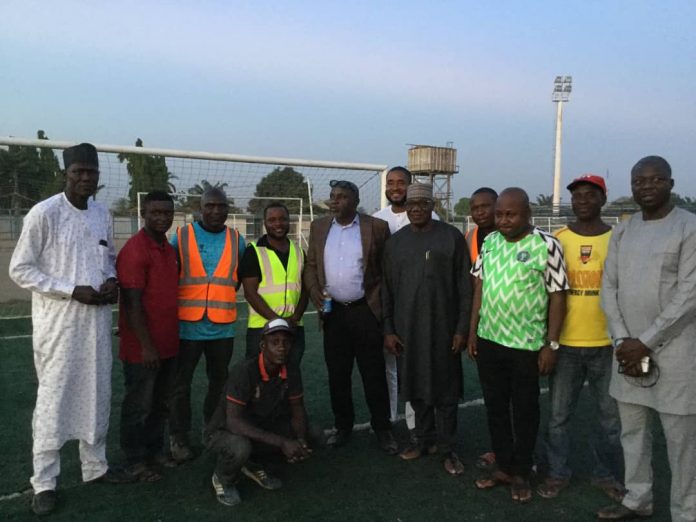 The duo of Honourables Othman Bala Adam and Philip Dada, Nasarawa State Commissioners for Youth and Sports Development as well as Works, Housing and Transport, have visited the Lafia City Stadium, venue of the NWFL Premiership match between Nasarawa Amazons FC versus FC Robo of Lagos, slated for Wednesday, 9th December, 2020, to ascertain the progress of works at the facility.

Accompanied by Chairman, Nasarawa United FC, Barr. Isaac Danladi, and Chairperson, Nasarawa Amazons FC, Hajiya Husseina Suleiman Nagogo, the two state’s executive members said they were impressed by the progress of works so far and assured that the facility would be ready for use before the Nasarawa Amazons versus FC Robo NWFL match opener on Wednesday, which is expected to be attended by two federal ministers, namely, Sunday Dare(Youth and Sports) and Dame Pauline Tallen(Women’s Affairs) and a representative of the United Nations in Africa for Gender Affairs.

As at the time of filing this report, repair works had been completed on the playing turf of the stadium, a project handled by Reform Sports, West Africa, while other aspects of repairs were at ninety per cent completion rate, a development the State Government assured would be completed in due course to enable the two state-owned football clubs play their home games in Lafia when the new football league season in Nigeria kicks off.