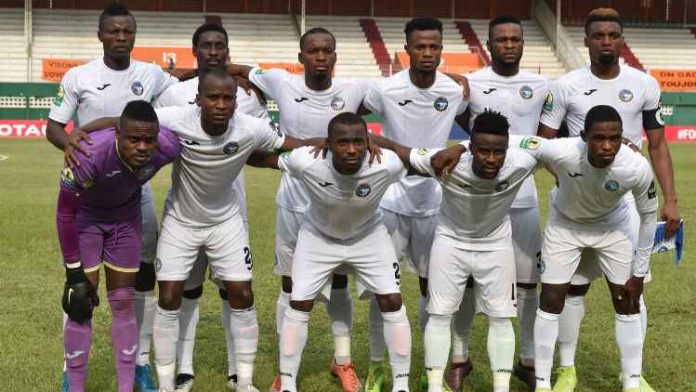 Despite winning the first leg of their preliminary round of the CAF Champions League against Rahimo in Ouagadougou, Enyimba goal scorer, Victor Mbaoma has predicted a tough second leg in Aba because of the quality of the team they played on Sunday in Burkina Faso.

Mbaoma, a second half substitute headed home the only goal of the game in the 76th minute to ensure that the People’s Elephant will approach the return leg tie aware that they have a goal in their kitty.

While reflecting on the away win, the former Remo Stars and Akwa United striker admitted that the ticket to the first round was yet to be earned because of the quality of opposition they withstood in Ouagadougou and he charged his teammates to ensure that the task is completed in Aba on Sunday December 6.

“I give God all the glory. I have to say that it was a difficult game because Rahimo came out smoking. I was able to make the difference in the scoreline and I thank God for that,” Mbaoma said in a quote made available to www.dasportstainment247.com.

“It is not over yet. I have to be honest because those players are very good. We just have to wrap things up at home on Sunday. We are really happy about the victory.”

Www.dasportstainment247.com recalls that Enyimba and Rahimo met at this stage of the competition last season and the People’s Elephant triumphed 5-1 on aggregate.