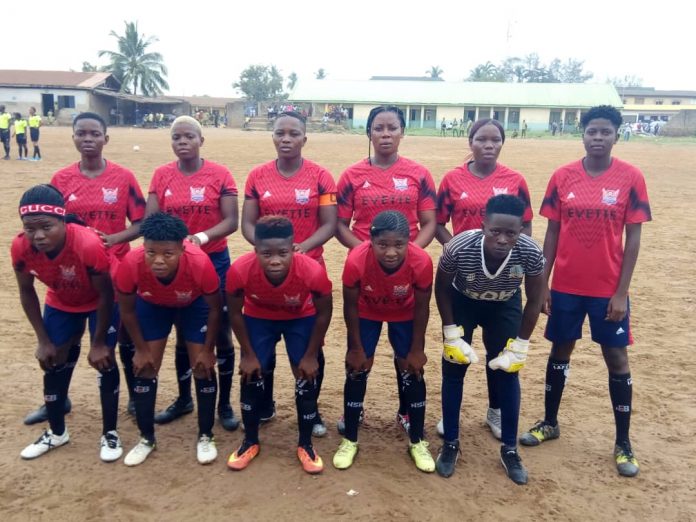 Imo Angels of Owerri have begun the 2021 Football Queens Preseason Tournament with a bang after they whitewashed Unification Angels FC of Lagos 5-0 in their opening game played on Thursday at the Joju Football Pitch, Joju, Sango Ota, Ogun State.

The Owerri-based female team swooped on their opponent like bees and were rewarded with five well-taken goals. Chinedu Chinaka who has been in sparkling form for Imo Angels scored three goals while Chinwendu Ajoku added two more to put them in good stead ahead of subsequent matches.

“A hatrick for Chinedu Chinaka and a brace for Chinwendu Ajoku sealed the victory for Imo Angels FC.

“The Imo state outfit are proud to have recorded their first victory with their first game in the tournament and promise to continue on this strong foot.

“We play Royaltoms International, tomorrow (today) by noon as we aim to claim a second victory.”

Imo Angels is a privately owned club owned by Lady Jenny Anusiem and the club was launched with funfair last year in Owerri.