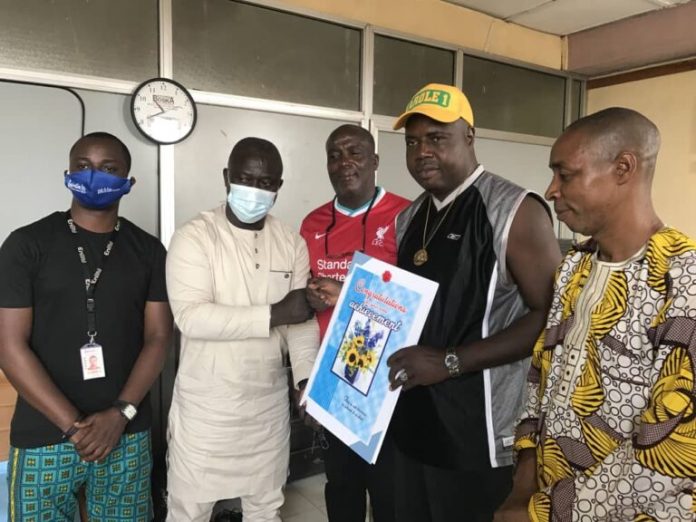 Oyo State has signified its desire to host the next edition of the National Sports Festival.

The Chairman of the State Sports Council Honourable Gbenga Adewusi disclosed it to leaders of State Chapter of the Sports Writers Association of Nigeria (SWAN) who paid a courtesy call on him at his office on Wednesday.

Honourable Adewusi said the political leaders and sports administrators in the pacesetter state have communicated their desire to the Minister for Sports Mr Sunday Dare, who is an indigene of the state.

“The Sport loving Governor of Oyo State Engineer Seyi Makinde is interested in hosting the next edition of the National Sports Festival. And we have told the Minister for Sports that we want to host the next edition after the one in Edo State. We have begun preparations for this, with the ongoing upgrade of the Lekan Salami Stadium. In addition, we’re also upgrading some mini stadia in six geo-political zones as well as sports arenas in the state capital”, Honourable Adewusi said.

The last time Oyo State hosted the National Sports Festival was in 1976.

Speaking further to the cream of sports journalists in his office at the Lekan Salami Stadium, the graduate of Physical and Health Education, fondly called Arole, also revealed the efforts of Oyo State sports administrators at ensuring that the state athletes excel at the forthcoming National Sports Festival in Edo State.

“We’re leaving no stone unturned at ensuring that our contingent perform excellently in Edo state. Aside giving the athletes sound preparations, we have also proposed on – the – spot reward to each athlete who wins medal, to the state governor for approval. In addition to state government’s reward, I am also promising to give each of the state gold medalists 5% of my monthly salary”, the Chairman of Oyo State Sports Council disclosed.

Earlier in his remarks, the Chairman Oyo SWAN, Mr Niyi Alebiosu who led the delegation of sports journalists on the visit to Hon. Adewusi, said the visit was to appreciate the good works that Honourable Adewusi has been doing since his appointment in 2020.

Mr Alebiosu then assured Honourable Adewusi of the continued support of sports writers in the state.

Among those who played host to the visiting sports writers, was the General Manager of the Oyo State Sports Council, Mr Gboyega Makinde, who took the team on an inspection tour of the Lekan Salami Stadium to assess the remodeling works going on there.