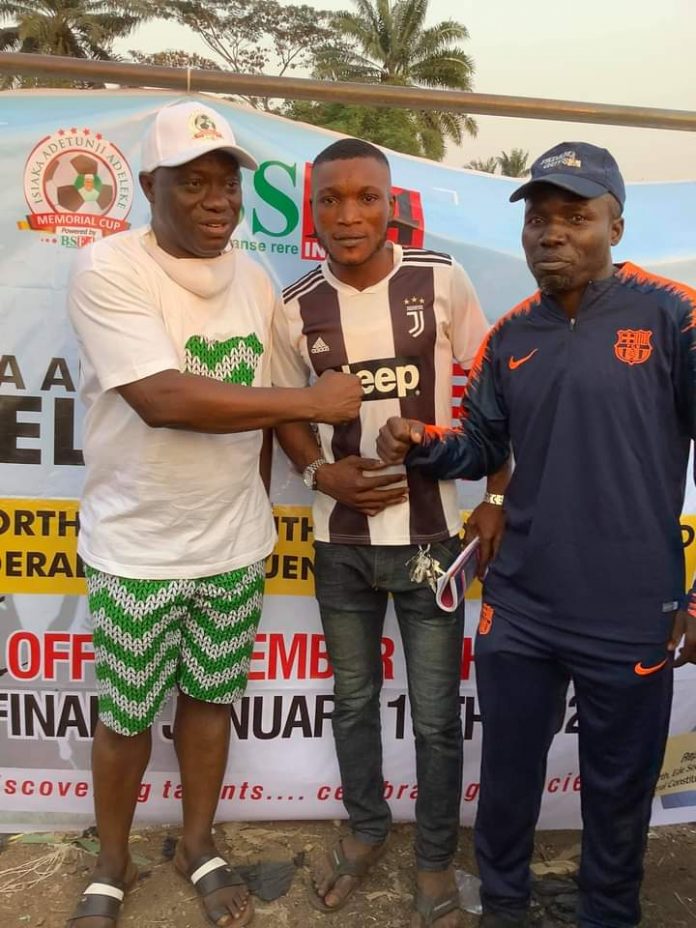 The final of the m

The match which was played at the Agbonran School of Science, Ede on Sunday ended 1-1 during the regulation time but inability of Ido Osun Warriors to convert their spotkicks meant they were eliminated in the semi-final.

The second semi-final which is a derby between two Ede teams Babatunde Eyiowuawi FC and Adeleke Dynasty Ede will come up on (Monday) tomorrow at Ogiyan Stadium Ejigbo by 4pm.

The Memorial Cup is solely sponsored by Honourable Salam who represents the good people of Ede north, Ede south, Egbedore and Ejigbo federal constituency of Osun in the National Assembly.