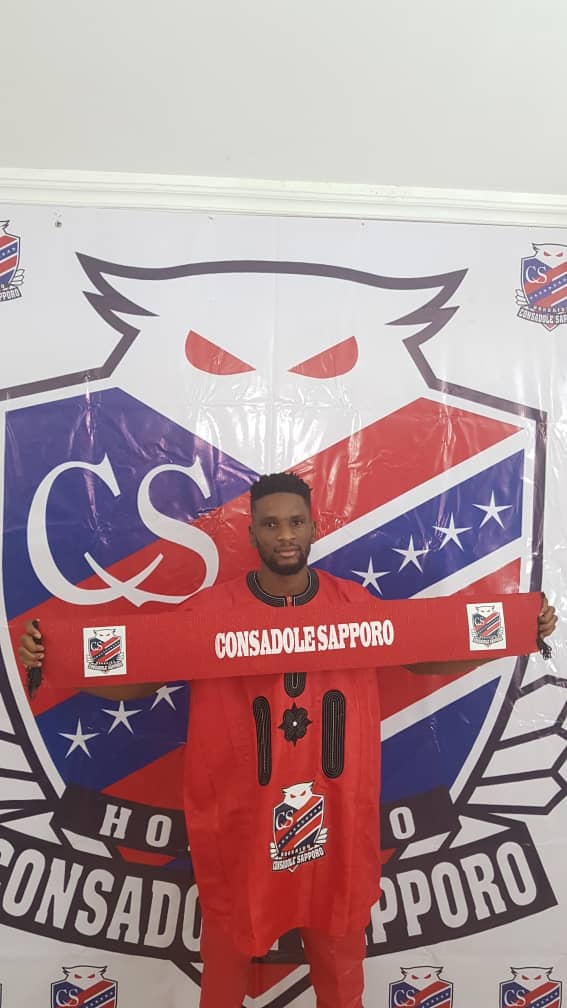 The Super Eagles striker who featured in CAF Champions League alongside Babatunde Micheal for Wydad Casablanca of Morocco sealed a lucrative deal with the Japanese outfit.

Okechukwu Gabriel will now play in the Japanese League until 2025 having completed all transfer formalities.

The 25 years old striker has been unveiled by his new club in Japan and he’s expected to start training with the team after completing his medical routine.

Gabriel Okechukwu was key to the CHAN Super Eagles second-placed finished at the African Nations Championship 2018 in Morocco under the tutelage of Coach Salisu Yusuf where he scored important goals in the Quarter-final and Semi-final against Angola and Sudan respectively.

Gabriel was invited to the Super Eagles by late Stephen Keshi in 2015 ahead of the 2017 Africa Cup of Nations qualifiers against Sudan.

His new team placed 12th in the J League last season with 39 points from 34 matches and they will face Yokohama FC on February 27th when the 2021 J League season commences in Japan.