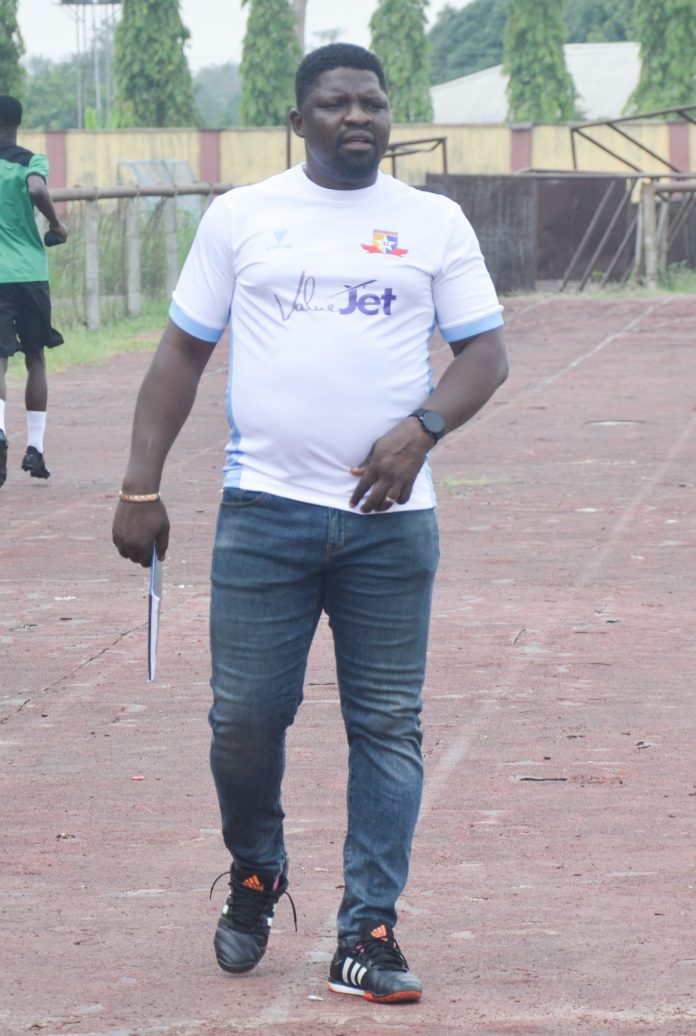 Head Coach of Remo Stars Football Club (RSFC), Daniel Ogunmodede have dedicated the victory against Holy Arrows FC to the President of the club, Honourable Kunle Soname and his players.

The Sky Blue Stars got the deserved victory through Oyedele Adebayo after he headed home Yusuf Ibrahim’s cross in the 49th minute of the game.

Speaking with RSFC Media, he says the victory is dedicated to the President for his patience after investing a lot to the club.

“I dedicate the victory to the President of the club for his patience after investing some much into the club after the disappointing defeat in our first away game of the season, it’s not easy because I try to put myself in his shoes but as a professional coach, I understand that such happens in football. Very unimaginable but it has happened, so I give it to him.”

“I feel very happy for the boys for the ability to fight back after the last embarrassment in our last away game and the victory is dedicated to them also because they fought really hard in the very intense game.”

“I scouted Adebayo during the Covid-19 period in Lagos, I watched him play twice, and I am not surprised with the goal he scored today. His goal was well-timed, good anticipation and a wonderful technique.”

“He is a clinical player, maybe the most clinical of the attackers I have, he’s not that powerful, but he showed he really deserved to be in the line up. Our plan was just to retain the ball, contain the opponent and whenever the chance come, we take it. Eventually the chance came in the game, and he took it, that was why I had to put Adebayo upfront.”

2020 Olympics: I will provide selection options for Hughley