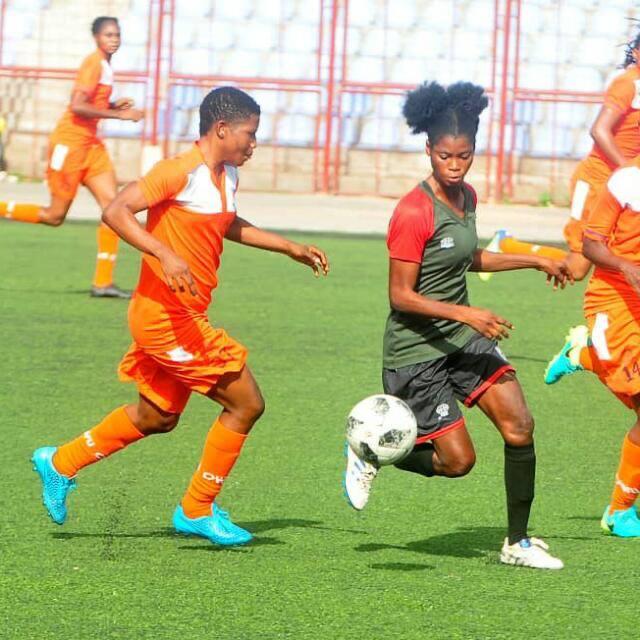 Osun Babes delightful winger, Yetunde Fajobi has attributed their impressive start to the season to the tactical nuances of their new coaches and she said they hold the firm belief that they are returning to Oshogbo with a positive result at the end of their Wednesday duel with FC Robo Queens.

Fajobi in a chat with www.dasportstainment247.com disclosed that the technical input from the coaches and the quality of new players that came in at the start of the pre-season have helped Osun Babes become a more formidable side than previous seasons.

The former Young Talent of Lagos player while reminiscing on their important win in Uyo against Ibom Angels last midweek opined that their winning to the season will no doubt propel them to greater things by the time the season ends.

“It wasn’t by our power that we won in Uyo it was by the grace of God and we won’t allow that to get into our heads ahead of the game with FC Robo Queens. We were very happy about it even though it wasn’t easy,” Fajobi asserted In an interview with www.dasportstainment247.com.

“Well, let’s say our new coaches affected us positively and d calibre of players we have this season are superb even though we have good players in the previous seasons.”

On the protest they and Osun United players took part in on Monday, Fajobi hinted on what they have been advised as the only panacea to peace and they getting their unpaid wages:

“From what the Deputy Governor (Benedict Olugboyega Alabi) said we need to have the data capturing before our salaries can be paid. We are optimistic that the issue will be resolved soon.

“We hope on God and he is too faithful to fail us I know we would come out victorious,” she added.