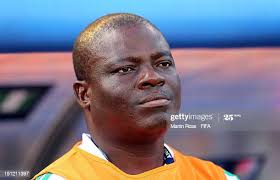 Action will resume in the Nigeria Women Football league (NWFL) Premiership this Wednesday across seven centres and defending Champions, Rivers Angels will be visiting familiar foes, Confluence Queens in Lokoja.

The midweek game will be a repeat of last year’s Super 4 final at the Agege stadium where the Jewel Of Rivers pipped the Kogi side by a lone goal to clinch their sixth NWFL title.

Ahead of Wednesday’s encounter, Head coach of Rivers Angels, Edwin Okon has been speaking to the club’s media team.

According to the former Super Falcons gaffer, he’s excited with the commencement of the league and hopes to get a good result in Lokoja.

“It’s a good thing to have the league back after being off for a while”, Okon said.

“There’s never a pushover in the NWFL so we are going to be giving our very best to get the vital point needed”, he added.

On the introduction of a CAF Women’s Champions League tournament as from 2021, Okon believes the competition in the NWFL will be stiffer so he suggested that the league body ensures there are match delegates assigned to all centres for proper assessment.

“I want to appeal to the organizers of the league to send representatives to all match centers”, Okon continued.

“It shouldn’t be business as usual. We want a situation where teams can comfortably pick points on the road just like we see in the men’s league”, he summed.

Meanwhile the Jewel Of Rivers recruited a total of 16 players for the 2020/2021 NWFL Premiership. The likes of Ugo Njoku and Mary Saiki are making a return back to the team after two seasons away with Criox de Savoie Football Academy (France) and Nasarawa Amazons respectively.

In a related development, Rivers Angels have named Catherine Kenneth as the Club’s new captain and she will be assisted by Ibubeleye Whyte.