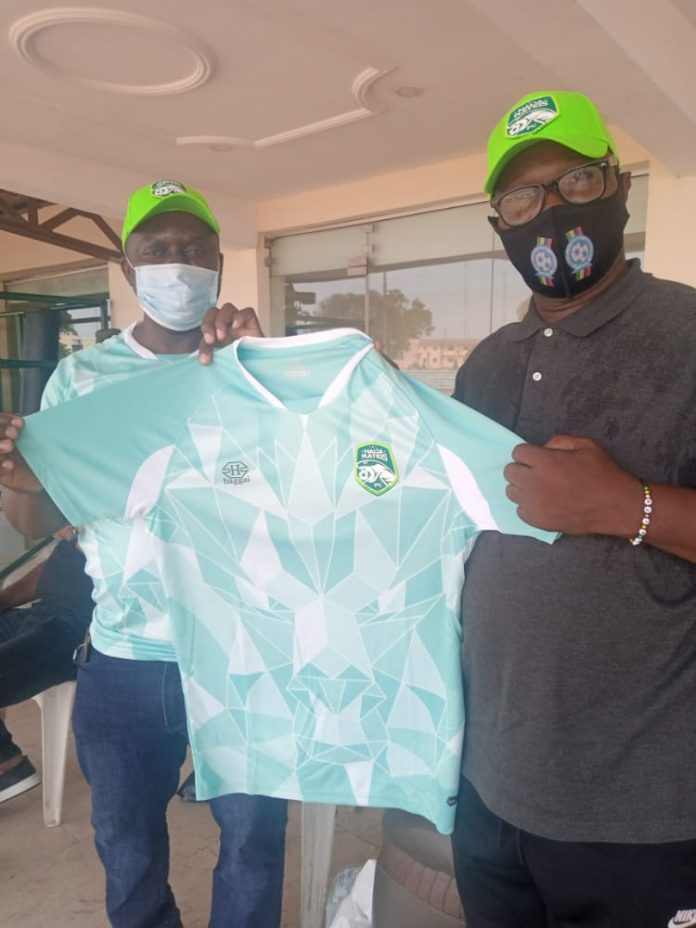 NWFL Championship side, Naija Ratels FC weekend at the Agege Township Stadium, Lagos concluded a 5 day Open Screening Exercise with the theme ‘Find Your Way To Naija Ratels’ which is aimed at discovering young and technically gifted players.

The screening exercise which is part of the NWFL Championship side’s effort to fortify the team ahead of the new season, had players from the nooks and crannies of Lagos State and it’s environs in attendance.

Speaking during the final day screening exercise, the Chairman of the Club Barrister Paul Edeh described the exercise as largely successful with the climax being the friendly match between some of the newly discovered talented players and the Lagos State women National Sports Festival team and three other teams.

“Truly, I am satisfied with what I saw today as these young girls played their hearts out to seek for a shirt in Naija Ratels. At Naija Ratels, our dream is to ensure that these young players achieve their dreams through sports and education.

” We shall continue to give them that platform to excel and pursue their dreams. Talent is something that cannot be hidden and I am satisfied with what I have seen here today.”

“Our focus for 2021 is to continue to scout for young talents at the grassroots and support club owners who have continued to feed the bigger clubs in the league with great talents.”

“Today, we are donating these few balls with the 4 teams that played with us and we pledge to always stand with you as much as we can.” He concluded.

The Abuja based legal luminary also thanked Lagos State F.A Member and Chairman Technical Committee, Mr Dotun Coker for finding out time to grace the event. Mr Coker who fell in love with the initiative heaped encomiums and expressed delight over what he called ‘special’.

“I would love to express the fact that Naija Ratels is fast becoming a household name in women’s football and I will urge Barrister Paul Edeh to keep doing what he is doing. I am indeed impressed with what I have seen so far and I hope we will have more Naija Ratels programmes in Lagos.

Finally, the Head Coach of Naija Ratels FC Bankole Olowookere experessed satisfaction over the exercise and told the Media that over 50 players made the screening exercise which started at the Alade Stadium, before finally rounding up at the Agege Township Stadium.

“As a team, we know what we want and I can boldly say we have gotten that. The screening exercise is an effort for Naija Ratels to discover, nurture and groom talents that will become great in the nearest future.

“We believe in the younger ones and I want to commend Barrister Paul Edeh for his vision and capabilities to make things happen. He is certainly a man who uses his visionary and intellectual capacity to turn things around.

” We are fully prepared for the NWFL Premiership and look forward to a favourable outing.” He concluded.

Naija Ratels played four matches, won one, drew one and lost two. The team was made up of the newly recruited players. Goalless draw against S.D.H, 3-0 loss to team Lagos, won 3-2 against Victory Queens and lost 3-1 to Lakeside Queens.