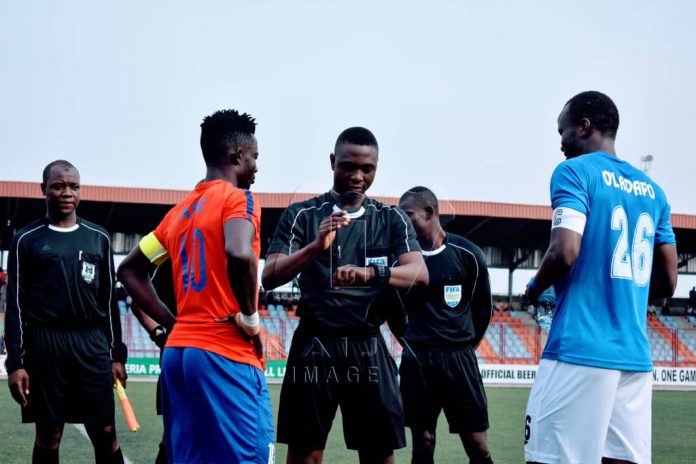 Adamawa United secured their first win of the campaign after four games with a 1-0 narrow victory over Abia Warriors at the Pantami Stadium, Gombe. Adam Yakubu’s 11th-minute goal was all the Yola side could hold on. They have moved to 14th spot with four points from four games and they will visit the Enyimba Stadium, Aba for their weekend fixture with Enyimba.

Abia Warriors surrendered their unbeaten start to the season after the loss. They slipped to the fifth spot with five points from four games ahead of their weekend league tie with MFM in Umuahia.

They are proving bookmakers wrong especially when their neighbours, Akwa United are yet to hit their strides after four games. The newly-promoted side will trade tackles with another Oriental team, Rangers International who are presently struggling after two successive defeats.

The lone goal defeat is a setback to the aspirations of FC IfeanyiUbah who are now sixth on the .league log with seven points from four games. The Anambra Warriors must shake off the loss in Uyo as quickly as possible as they welcome highflying Lobi Stars to Nnewi on Sunday.

The Pride of Benue hit the Naze Millionaires for three with the goals coming inside the opening 30 minutes. Abdulwasiu Mahmud got the curtain-raiser in the ninth minute before Sikiru Alimi and John Lazarus added theirs in the 16th and 29th minutes. It was the second home game of the 2018 league champions and they have scored a staggering seven without conceding any.

The Gbenga Ogunbote tutored lads have also recorded an away win in Kano against Pillars. It is no wonder they are second on the league table with nine points out of possible 12. They have a tough road duel with FC IfeanyiUbah this weekend.

It was yet another disappointing display from Heartland who are still in search of their first win of the season despite the pre-season promises. It is a plus to the Naze Millionaires that they able to curtail the rampaging Lobi Stars after letting in three goals under 30 minutes but they will be under tremendous pressure to beat Jigawa Golden Stars on Sunday after already losing five points at home this season from games with MFM and Akwa Starlets.

The Giant Elephants keep on showing champions stuff after another impressive victory against Delta Force for their third win of the season. Wikki were up against their former coach, Mbwas Mangut and the Bauchi side thrashed his team 3-1 despite playing on neutral ground at the Pantami Stadium, Gombe.

Daniel Jackson rolled back the years with two goals in the 20th and 78th minutes while Promise Damala’s 35th-minute effort sandwiching Jackson’s strikes for Wikki. Delta Force threatened a late fightback but it was little too late after Ijioma Maxwell reduced the arrears in the 89th minute.

Wikki are third on the league table with nine points from four games and they will visit under pressure Kano Pillars in Kano on Sunday while Delta Force are 15th with four points from four games. Mangut led side must be at their best this weekend to subdue in-form Plateau United in Asaba.

The Olukoya Boys unimpressive home record in the current season continued last weekend when they needed a last gasp goal to force Warri Wolves to a 1-1 draw at the Teslim Balogun Stadium, Lagos. Tony Bolus side were forced to vacate their home ground, Agege Stadium because of a programme at the venue and they almost paid dearly for it until Kabir Adeniji popped up with the equaliser deep into injury time to keep MFM unbeaten start to the season.

MFM are yet to win a league game at home but they have won the two away games they have been involved with against Heartland and Enugu Rangers. Can they make it three successive away wins when they visit Abia Warriors in Umuahia?

The Olukoya Boys are fourth on the log with eight points from four games ahead of their trip to Umuahia.

Warri Wolves almost picked their first away win of the season in Lagos after Moses Omoduemuke set them on that path with the opening goal of the encounter in the 57th minute but they lost concentration in the dying moments and allowed their host to steal a draw at the death. They are seventh on the league table with six points from four games.

The Seasiders have a date with Rivers United this weekend in Warri.

The Solid Miners were unable to stop irrepressible Peace Boys at the Lafia Stadium on Wednesday and they are yet to get their first win of the season after four games. They started the season badly after they lost to Wikki Tourist 1-0 at home and they followed that up with two further defeats away to Enyimba and Katsina United.

Nasarawa United did score first through Anas Yusuf in the 43rd minute but Plateau United drew level in the 52nd minute through Ibrahim Mustapha. The Lafia side grabbed their first point of the season but they are still at the bottom of the league table with a point from possible 12 while Plateau United with Abdu Maikaba in charge are on top of the log with 10 points from four games.

Coach Bala Nikyu and his wards will make a long trip to Uyo to face underfire Akwa United while Plateau United are on the road again to Asaba to face Delta Force. 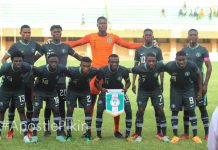 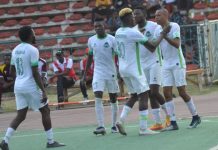 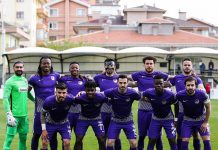