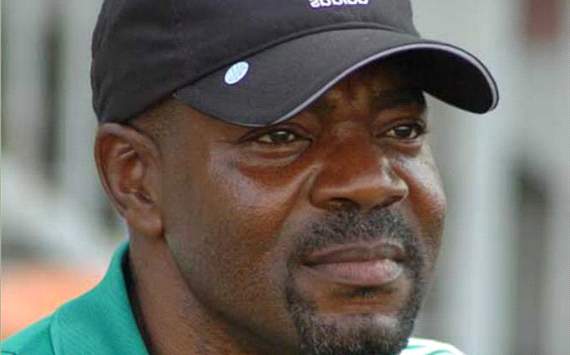 The Nigeria Professional Football League enters Matchday five and all 10 matches involving the twenty teams will hold simultaneously across the country. Although the league is still young, the pressure is already mounting on some coaches who have yet to match preseason results with what they have recorded when the season started some weeks back.

On this list are three coaches who must ginger their players to start recording impressive results or they are shown the exit doors as the hot seat becomes more unbearable.

John Obuh: The former Flying Eagles coach was contracted to Akwa United after they parted ways with Brazilian gaffer, Rafael Everton. Everton led the club to the NPFL Championship play-offs last season but had because of his failure to match the lofty standard set during the reign of Abdu Maikaba who left the club after the expiration of his contract.

In a bid to return the team to the good times, John Obuh was handed the job, but it seems he is still in search of a working formula.

Winless after 4 games, Akwa United are 16th on the log. Obuh needs to lead his lads to their first victory, especially as they play at home for the third time this season. Abia Warriors and Katsina United at the Nest of Champions have held the Promise Keepers to a draw so anything short of three points against Nasarawa United might stir up the wrath of the fans.

Bala Nikyu: Bala Nikyu will be in the dugout as Akwa United host Nasarawa United in their Matchday Five encounter. Like his counterpart, Nikyu needs a better result from his previous ones this season. Nasawara United have lost all their games on the road so far and were lucky to share the spoils with league leaders Plateau United on Wednesday. The Solid Miners are at the base of the table having lost 3 games against Enyimba, Wikki Tourists and Katsina United. The only soothing result will be to grab maximum points in Uyo.

Fidelis Ilechukwu: Former MFM head coach is still in search of victory on his new job at Heartland FC. It’s a new terrain, under a different administration, atmosphere and supporters and it clear he is yet to settle down. Ilechukwu got the worst baptism of fire when he was shocked at home by his former employers, MFM. MFM The Naze Millionaires quickly snapped the thought of unrest in the team as a result of the home loss with a commendable 1-1 draw in Port Harcourt against Rivers United.

But it was back to square one for Ilechukwu during his second home game after newly promoted side Akwa Starlets picked a point in Okigwe. It got worse as Heartland suffered the biggest loss of Matchday 4 as Lobi thumped them 3-0 in Makurdi leaving them at 18th position on the log.

As they square up against another newly-promoted side, Jigawa Golden Stars, Ilechukwu needs to grind out a home win to calm the nerves of the fans. Considering the point that the club desires a continental slot, they are already having a bad start to the season. 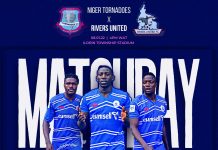 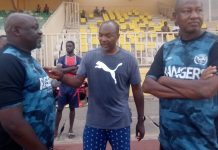 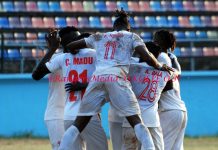