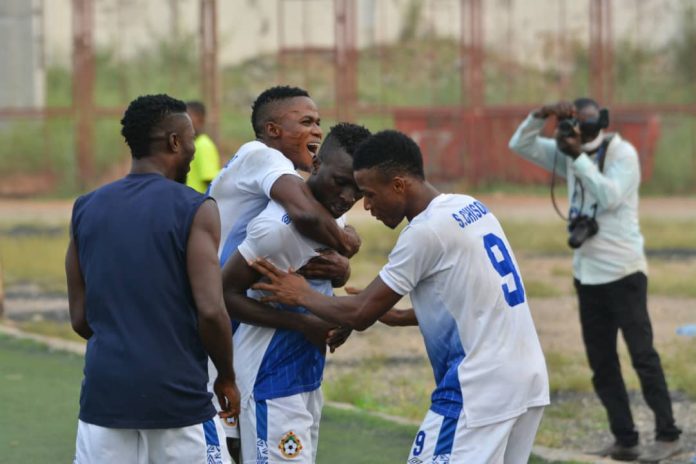 Heartland FC and Kwara United recorded morale-boosting away victories in Lagos and Akure while Wikki Tourists held on tenaciously to pick a precious point in Makurdi as some of the Matchday nine fixtures of the NPFL were played yesterday www.dasportstainment247.com reports.

It was Enyimba that began the avalanche of win on Saturday after they defeated Plateau United 2-1 in Aba, but yesterday further six games were decided with the Naze Millionaires securing their first away win of the season at MFM’s Agege Stadium.

It was Emmanuel Adachi who got the opening goal in the explosive tie played in Lagos for the visitors from Owerri in the eighth minute from the penalty spot but the Olukoya Boys drew level in the 48th minute through Muyiwa Balogun. It could be recalled that Heartland had lost all the three away matches they took the lead this season.

Heartland scored a second goal in Lagos through Jimoh Gbadamosi’s thunderbolt in the 53rd and there was no time for another comeback for MFM who suffered their first home loss of the season. The Owerri side are in the 15th position with 10 points while MFM are in the 14th spot also with 10 points.

At the Ondo Sports Complex, Akure Sunshine Stars were also beaten at home for the first time this season after two goals from Issa Gata and Steven Jude in the 54th and 86th earned Kwara United surprise away win over the Owena Whales.

Sadeeq Yusuf had shot the Akure Gunners ahead in the 50th minute for his seventh goal of the season before the implosion. Kwara United returned to the second spot with 18 points while Sunshine slid to 10th with 13 points from nine matches.

Wikki Tourists battled Lobi Stars at the Aper Aku Stadium, Makurdi and successfully made away with a point while there were home victories for Jigawa Golden Stars, Rangers International, Dakkada, and Akwa United who beat Adamawa United, Warri Wolves, Abia Warriors, and Katsina United.

Two more games are slated for tomorrow in Port Harcourt with FC IfeanyiUbah hosting Kano Pillars at the Adokie Amiesimaka Stadium by 2pm while Rivers United trade tackles with Nasarawa United at the same stadium by 4pm.