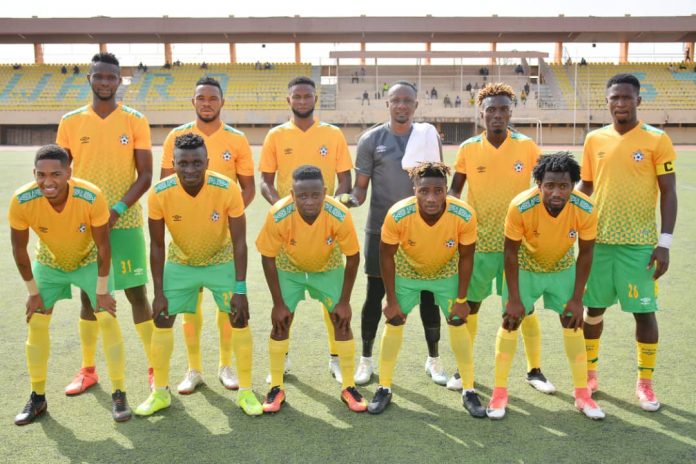 Kwara United on Sunday stormed back to the top of the 2021 Nigeria Professional Football League season after a massive 5-0 win over hapless Adamawa United in the Week 17 match played at the Ilorin Township stadium.

Stephen Jude’s hat-trick (35th, 60th, 90+3) and Michael Ohanu’s brace (61st, 71st) propelled the ‘Afonja Warriors’ to victory over the bottom placed Adamawa United.
Elsewhere, Rivers United’s misery in the ongoing NPFL season continued as two own goals conceded in each half condemned them to a 4-1 loss against Lobi Stars in Makurdi.

It was also a perfect welcome gift for Mr. Tama Aondofa who has just been appointed new Vice-Chairman of Lobi Stars.

Rivers United fell behind as early as the 2nd minute when Kunle Odunlami diverted Ebube Duru’s free-kick into his own net.

Three minutes into the second half, Ossy Martins doubled Lobi Stars lead before Samuel Matthias scored the third in the 68th minute.

When it appeared as if it was going to be one way traffic, Fortune Omoniwari reduced the deficit for his side in the 79th minute but any hope of survival was effectively erased when Fabian Nworie scored United’s second own goal in the 82nd minute.

And two away victories were recorded in Bauchi and Lagos where Kano Pillars defeated Wikki Tourists 2-1 and Akwa United edged past MFM 2-1.

The tie between Heartland and Warri Wolves in Owerri ended 1-1. Ex-Naze Millionaires’ Efe Yarhere intercepted a headed back pass to Chijioke Ejiogu and lobbed the ball beyond the flapping hands of the goalkeeper. But Heartland equalised shortly before half-time through Kingsley Maduforo who fired from close range after the Seasiders’ Goalie, John Lawrence spilled Pascal Seka’s long range shot.