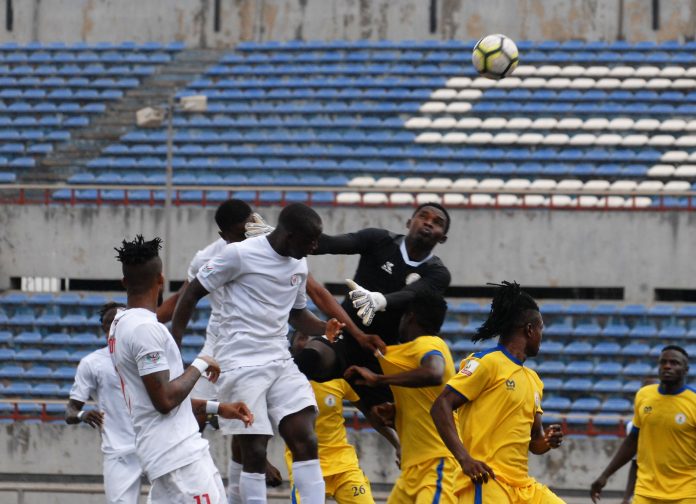 Abia Warriors smashed Kano Pillars to record another emphatic home win in one of the Matchday 15 games played in Okigwe yesterday.

Godwin Obaje put the Warriors in the driver’s seat in the 21st minute. A double from Obioma Chukwuemeka in the 34th and 59th minutes and a fourth from Daniel Wotlai in the 83rd minute ensured that Nyima Nwagua’s 37th-minute goal for Sai Masu Gida was only a consolation.

Abia Warriors moved to the 10th spot with 20 points from 15 games.

Heartland moved to the 13th spot with 19 points after a frenetic draw at Kwara United. The Naze Millionaires are still unbeaten against the Harmony Boys in since 2013 but Kwara United are still on top with 27 points from 15 games by virtue of better goals difference.

Rivers United captured a draw in Nnewi against FC IfeanyiUbah while the centre referee failed to show up for the second half of the Sunshine Stars versus Nasarawa United tie in Akure after fans’ restiveness. The game was goalless before the decision was made.

The tie will be completed today by 8:00 am in an empty stadium.