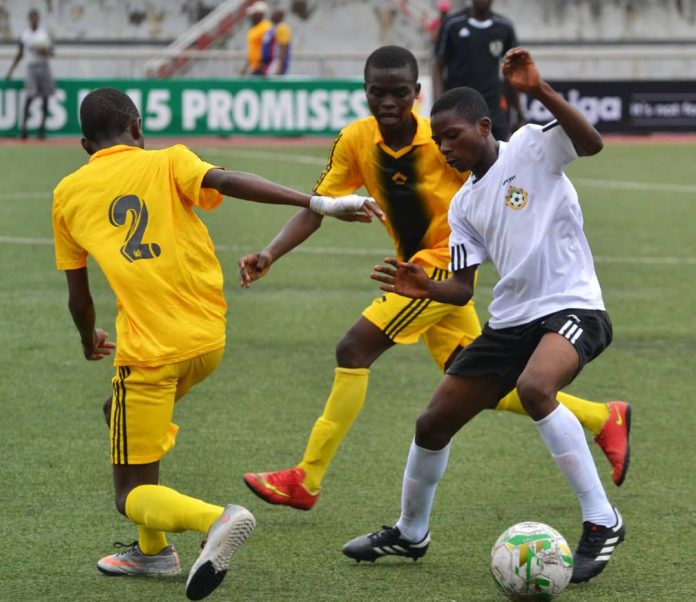 Warri Wolves have set up a mouthwatering clash with the defending champions, Katsina United in Sunday’s final of the 2021 NPFL/La Liga U-15 Youth League after they defeated Akwa United 1-0 in the semi-final decided on Friday in Enugu.

The Young Seasiders continued their impressive form in the competition after they maintained their unbeaten record with a lone goal victory over Akwa United in the South-South derby. Okiki Oghenevwegba scored the only goal of the game in the 20th minute.

Okiki picked up the ball from the edge of the box and skipped past three Akwa United players before finding the back of the net to deliver a golden moment for a young Seasiders’ team, who have been one of the best sides in the youth league.

Earlier on, MFM FC lost 4 – 2 to defending champions Katsina United on penalties, after they had played a goalless draw during normal time.

During the ensuing penalty shootout, Katsina United’s Yakubu Sadiq, Umar Abubakar, Umar Bala, and Khalifa Aminu all converted their penalty kicks while Raphael Adepoju and Ayinde Taofeeq scored for MFM. The duo of Olaleye Gbolahan and Gomez Mamene were unsuccessful with their kicks.

Sunday’s final will kick off at 4 pm at the Nnamdi Azikiwe Stadium, Enugu.