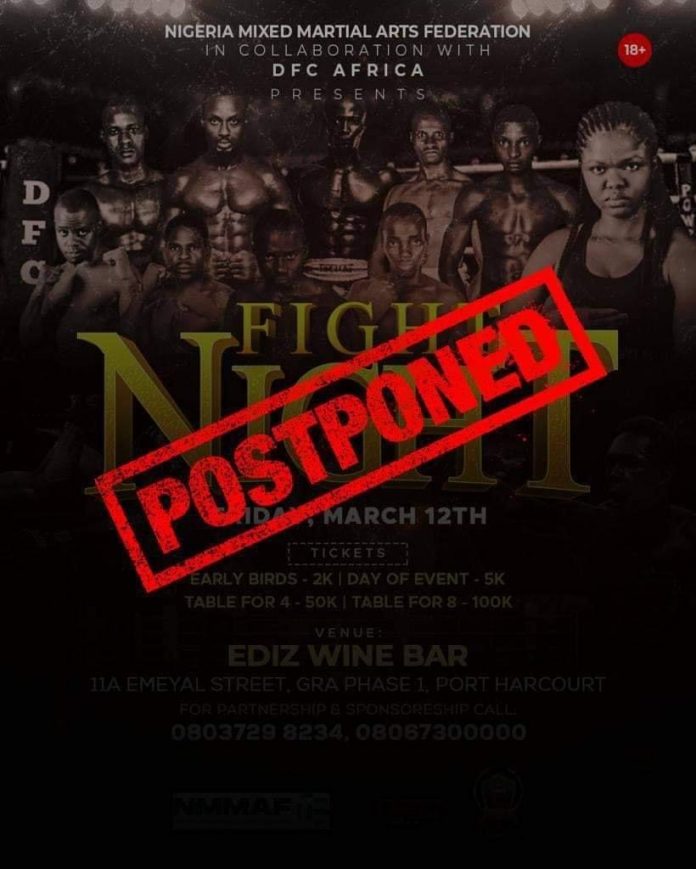 The Nigeria Mixed Martial Arts Federation through the Dynamite Fighting Championship, DFC has announced the postponement
of its fight night, “The Region of Heroes 2” which was initially scheduled for Friday 12th March, 2021 at Eddiz Wine Bar, in Port
Harcourt, Rivers State.

This is due to the recent loss of one of the Directors of the Dynamite Fighting Championship, Nyebuchi Nkoro who passed on in the early hours of Tuesday 9th March after a ghastly accident.

In a press statement the NMMA/DFC said: “Having spent the past six months preparing for the event with our advisory board, athletes, exhibitors, and media partners, we are
genuinely upset and disappointed not to hold the fight at the initial date.

“We want to thank all our athletes and stakeholders for their support, open discussions and encouragement, for this reason, we fully intend to host the event later in this year. We will be working with our
partners to finalize the details and will share more information about our plans in the coming weeks. We regret any inconvenience this
has caused to your schedule.”