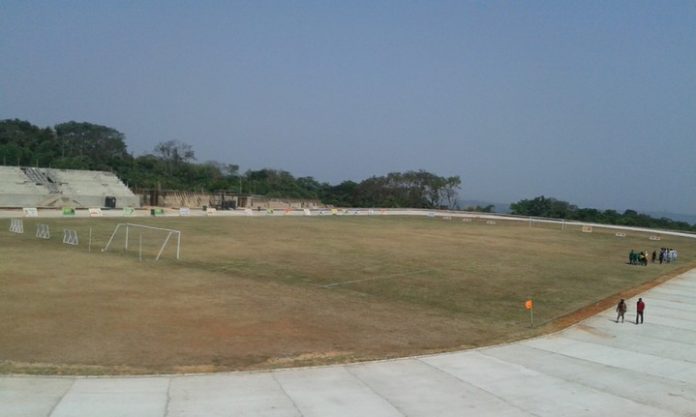 After a long period of heavy wear and tear the NEROS Sports Stadium, Nanka has been closed for maintenance and repairs.

The closure became necessary after the Nigeria National League (NNL) rejected and suspended the stadium describing it as “..not fit to host its league matches.”
They also said “there has been no improvement at the stadium since the last time the NNL inspection team visited.”

The closure has forced NNL side, Goddosky FC to look for alternative venue for its home matches.

Among the priority works ordered by Dr Emenike to be done immediately to return the stadium to its glory are the dressing rooms and playing surfaces.

The playing field at the stadium was left, understandably, in a rough condition after heavy usage and the constant breakdown of the water pumping machine which has left the pitch without watering for weeks.

Other areas like roofing and perimeter fencing as well as scoreboard will also be considered during the closure period.

The NEROS Sports Stadium is one of the busiest stadiums in the Country used for several tournaments, leagues, trainings, and also used by fitness clubs.
Recently it played host to the Udala NLO Pre-season tournament.

According to Engr. Akonam Obiefuna, no one will be allowed to use the field and facility while it is going through the maintenance works.

The maintenance is to start on Monday, March 1st and will last for four weeks and reopen in time to host the final of ‘My Anambra Football’ Super 8 tournament coming up on Saturday April 3, 2021.