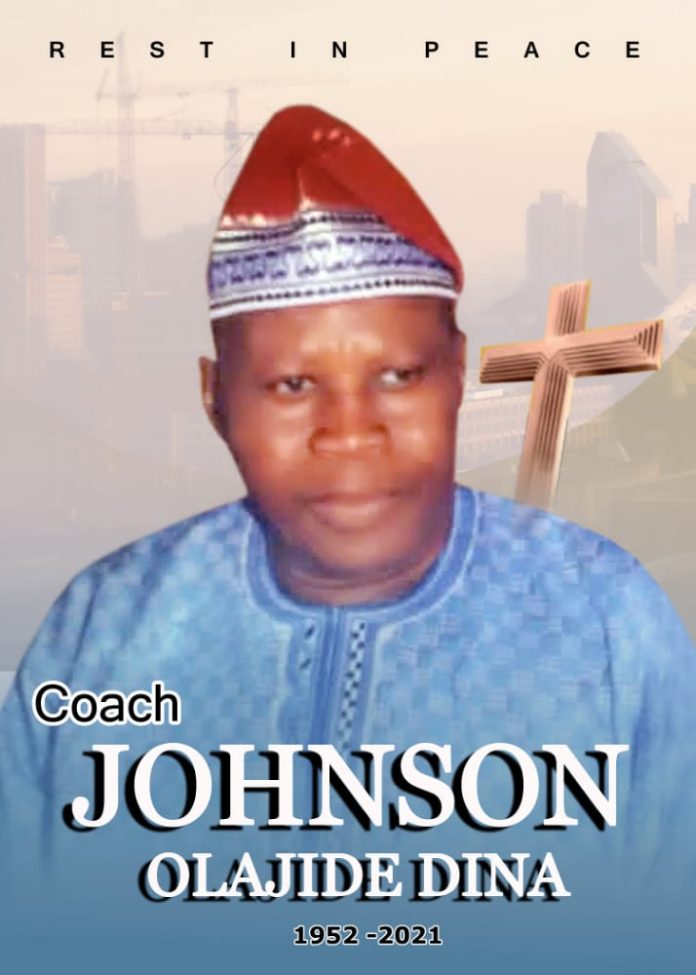 .
It is with sadness but total submission to the will of Almighy God that Nigeria Professional Football League side, Nasarawa United received the news of the demise of its former Coach, Mr Johnson Jide Dina, whose sad event occurred on Thursday 11th March 2021 in Jos, Plateau State, following a protracted illness.

In a message of condolence, Club Chairman, Barr. Isaac Danladi, said “We at Nasarawa United FC are shocked to hear of the death of our former employee and former Nigerian international footballer.

“The late Jide Dina coached our team between 2006-2009 and propelled the us to a third-placed finish at the Federations Cup(formerly known as FA Cup) in his first spell.

“He spent majority of his coaching career with the Solid Miners, and during those periods, brought a lot of transformations and successes to the Club.

“He was a formidable figure and pretty phenomenal during his playing days with Mighty Jets FC of Jos, and the defunct Green Eagles of Nigeria(now known as Super Eagles), helping the Nigerian National team to win the Bronze Medal at the 1978 AFCON in Ghana, and subsequently playing vital roles in helping the country win the 1980 AFCON trophy on home soil.

“Some of us grew up watching him play with the likes of Christian Chukwu(Chairman), Kadiri Ikhana, Segun Odegbami, Late Okey Isima and Muda Lawal, and was a delightful midfielder to behold.

“It’s so sad that our great heroes of the past are leaving us in sad moments than we met them.

“On behalf of all of us at Nasarawa United FC, we wish to extend our heartfelt condolences to his immediate family, the entire Nigerian and global football fraternity, and all those he left behind.

“We pray that God gives them the strength and courage to bear the irreplaceable loss, and grant the deceased eternal rest in heaven.”