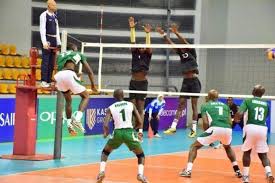 Urban Secondary School, Umuna, Orlu, and Orsu Local Government Areas of Imo State have emerged as the winners of the Musa Nimrod Under 17 Volleyball Championship in the male and female categories.

The championship that was organised at the Volleyball court, Dan Anyiam Stadium, Owerri was held between May 6th and 8th and it had six male and three female teams in attendance.

Speaking with www dasportstainment247.com, the Chairman, Imo State Volleyball Association, Dr. Mrs. Patience Anyanwu thumbed up the contributions of the President, Nigeria Volleyball Federation, Engineer Musa Nimrod for facilitating the championship and appealed for continuous support to the Association in the State.

She also praised the participating teams for braving the odds to take part in the Championship despite the security challenges in the South East which forced many teams to stay away.

“It was an interesting outing and everything went out correctly the way it ought to be. We remain very grateful to the Nigeria Volleyball President, Engineer Musa Nimrod, and still hope that as he comes back he will try to institute more competitions in Imo State as we are financially handicapped,” Dr. Mrs. Anyanwu told www dasportstainment247.com.

“It was a great opportunity for us to discover new volleyball players. We hoped we had more teams because Volleyball is becoming a household name in Imo State but the security challenge in the SouthEast made some teams that ought to have come to stay away.

“We continue to do our best to ensure that Volleyball gets more popularity in the State. We got a silver medal in the Beach Volleyball event of the National Sports Festival in Benin, Edo State,” she concluded.