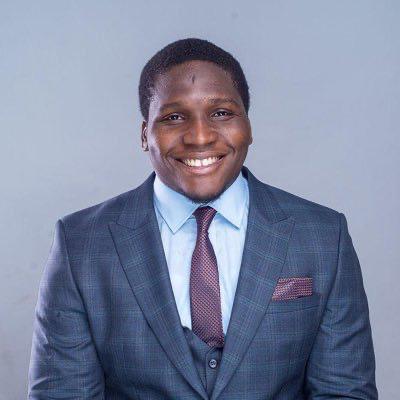 All roads will lead to Emmanuel Iwuanyanwu Stadium, Iho, Ikeduru LGA when the grand finale of the most prestigious grassroots football tournament in Imo State, the 2020-21 Mbaike Unity Football Tournament is held on Sunday.

The over 20 million naira football tournament which began some weeks ago will be climaxed with the peak of the packed fixture between Amaimo Ward and Orodo B who will both clash in the final after both opponents conquered their semi-final opponents on the weekend of December 26th and 27th respectively.

Orodo B sealed their place in the final of the maiden edition of the Mbaike Unity Football Tournament powered by Chairman/Founder, Akarachi Foundation, Akarachi Amadi with a penalty shootout victory over stubborn, Ifakala Ward at the Presentation Secondary School field, Ogbaku after the game ended 1-1 at the end of the regulation time.

In the other semi-final game, Amaimo booked their place in Sunday’s grand finale with an emphatic 3-0 victory over Ngugo/Ikembara Ward at the Emmanuel Iwuanyanwu Stadium, Iho, Ikeduru to set the tone for the final game involving Amaimo Ward versus Orodo B Ward.

Preceding the final game was the third-place tie played at the Presentation Secondary School field, Ogbaku between Ifakala Ward and Ngugo/Ikembara on Wednesday 30th December 2020. At the end of the match, Ifakala Ward edged out their opponents 3-1 to emerge as the overall third best team of the tournament.

Speaking with www.dasportstainment247.com exclusively, the Chairman/Founder, Akarachi Foundation, Engr. Akarachi Amadi explained that the Akarachi Foundation decided to sponsor the tournament to unite the people of Mbaitoli and Ikeduru Local Government Areas.

“The idea (behind sponsoring the tournament) is to look for ways to join people together for them to do things in common. The key thing is not the money we are doling out. It is the awareness we are creating,” Akarachi Amadi told www.dasportstainment247.com exclusively

The business tycoon went ahead to reveal what the participating teams will take home collectively and individually at the end of the tournament on Sunday at the Emmanuel Iwuanyanwu Stadium, Iho, Ikeduru LGA.

“On the final day, we are going to distribute solar lights that can span one kilometre for each of the two wards that made it to the final. We noticed that with light, there will be growth and people can engage in their day to day activities better. The key thing we are looking for is community development and this is part of it.

Apart from that Engr. Amadi reeled out other exciting gifts and award that will be presented after the final game: ” All the teams that took part in the tournament will go home with a participation fee of N50,000 each while the winner of the inaugural edition of the Mbaike Unity Football Tournament will pocket 1 million naira and a giant trophy.

“The second-placed and third-placed teams will smile home with N600,000 and N400,000 respectively while the overall Most Valuable Player (MVP) of the tournament; Highest goals scorer and the Best Goalkeeper will each be rewarded with N80,000.”

Engr. Amadi further opens up on the plan in place for exceptional players scouted during the tournament.

“We are going to pick selected exceptional players that will be drafted into clubs both locally and internationally,” he concluded.

Some eminent Imo indigenes expected to grace the final of the Mbaike Unity Football Tournament include the Deputy Governor, Professor Placid Njoku who is to serve as the Chairman of the occasion; Political heavyweight and Philanthropist, Chief (Dr) Emmanuel Iwuanyanwu and other notable sons and daughters of the State.

The Road to the Final of the Mbaike Unity Football Tournament