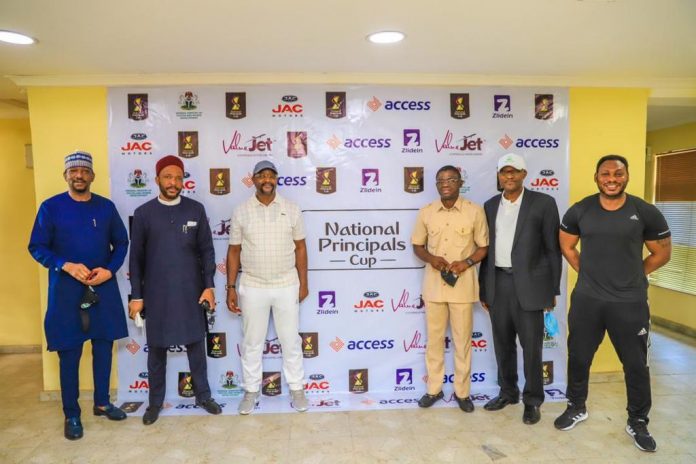 The story of grassroots football in Nigeria cannot be complete without a mention of the prestigious Principal’s Cup, a competition that is best remembered for it’s glamour, razzmatazz and excitement.

About some decades ago, a nation was held spellbound by the brilliance of some emerging football talents who went on to become super stars after helping Nigeria win laurels both on the continent and at the world stage

The likes of Friday Ekpo, Friday Elahor, Stephen Keshi, Samson Siasia, Daniel Amokachie, Tijani Babangida, Garba Lawal, Austin Okocha and many more, cut their soccer teeth on the streets before going on to represent their various schools at the prestigious Principal’s Cup competition.

In those days, this event carved out it’s own special memories. Many talked about the exploits of some unknown quantities like Ansarudeen and Nawarudeen colleges, two secondary schools that left tongues wagging with their brilliance and artistry.

The likes of Saint Finbars College, Igbobi College, Kings College and Saint Gregory College were the dominant forces. These schools produced some of Nigeria’s past super stars, majority of whom were present at the REVIVAL CEREMONY held at the Agege stadium Lagos on Friday and graced by top dignitaries from all walks of life.

On assumption of office as Nigeria sports minister, Sunday Dare made several promises and key among these promises are…

The Moshood Abiola National Stadium in Abuja is under construction and could be completed before thd end of April while the national stadium in Surulere Lagos is also undergoing serious rehabilitation. The Daura stadium in Katsina state was completed in

just under 5 months while other federal stadia are in line for federal consideration.

According to Dare, his priority is to revive grassroots sports and if he must achieve this, he has to make the facilities readily available for the athletes to train.

The Creme-De-la-Creme in the Nigeria football family gathered inside the Agege Stadium in Lagos on Friday to grace the official opening of the Principal’s Cup, a competition that has died a natural death in our hearts because of past sporting authorities failed to keep to their promises.

Igbobi College and Government College, Kaduna gave the large crowd at the Agege Stadium plenty to savour with some scintillating football that held many spellbound and brought back memories from our glorious past.

A delighted and satisfied Sunday Dare said at the opening ceremony, that he is happy to be part of history. He particularly thanked the sponsors and all the ministry staff who worked endlessly to make this dream a reality. He promised that as long as he remains in office, he will strive to sustain the tempo and retain the memories.

NFF first president Seyi Akinwunmi who himself is grassroots crooner was there and offered his support to the sports minister’s pledge to sustain the competition and return the glamour while chairman of the league management company, Shehu Dikko echoes the need for most of these talents to be signed up by league clubs as the NPFL needs to start absorbing younger players into the league to make it more competitive and vibrant.

Nigeria ex internationals like Daniel Amokachi who today, is the Special Assistant on Sports to President Mohammadu Buhari and two time former BBC African footballer of the year Austin Okocha were among those who gave kudos to Sunday Dare for thriving where his predecessors failed.

Chairperson of the Nigeria Women’s League Aisha Falode summed up the accolades by describing Sunday Dare as a ‘miracle worker’. She said what he has achieved in less than two years, most of his predecessors failed to do in four years.

Newland Secondary School was the last known school that won the last edition of the original Lagos P.rincipal’s Cup in 2009 before Guaranty Trust Bank partnered with the Lagos State Government to revive the school competition in 2010 but it was still rested after the 2017 edition.

Sports Minister has done a great job to revive the competition by keeping to the promise he made on the assumption of office two years ago.