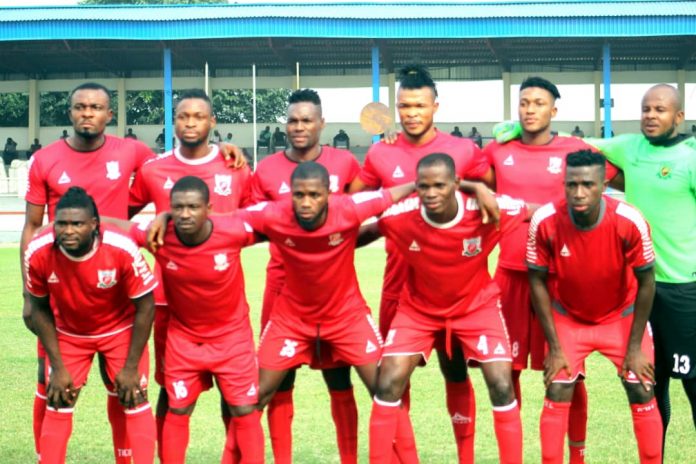 The League Management Company (LMC) has promised to clamp down on Heartland FC if the club continues to pay lip service to the Covid-19 matchday protocols which stipulates that Nigeria Professional Football League (NPFL) games and other football related activities are to be played behind closed-doors.

The LMC in a letter written to the Heartland FC General Manager, Ifeanyi Chukwudi, and made available to www.dasportstainment247.com, frowned at the club’s disregard to the Covid 19 protocols especially in their Matchday 10 tie against Lobi Stars at the Okigwe Township Stadium where spectators were allowed to enter the stadium contrary to the instructions of the Federal Government.

“It has come to our notice that on your MD 10 encounter between Heartland FC vs Lobi Stars FC, covid 19 protocols were not observed as large number of spectators were allowed to enter the stadium contrary to our closed door instructions and Federal government directive,” the letter signed by Stanley Ike-Richard on behalf of the LMC’s Chief Operating Officer, Salihu Abubakar, stated.

The league body demands an explanation from Heartland FC on the reason for the contravention of the Covid-19 Matchday Protocols and warned that sanctions would be meted out if the act is repeated in the future.

“You are to explain why this breach occurred and to assure us that in your subsequent matches, such will not happen again, as this will necessitate sanctions.”

Heartland FC in a related development has implored their loyal fans and supporters to remain at home and lend their support by watching their this evening home game with Dakkada live on their Television screens or through NPFL.Tv app.

Speaking through the Heartland FC head of Media, Cosmos Chukwuemeka, the club enjoined their fans and supporters not to come for the game at the stadium to avoid acts that may put the club in the danger of being fined or banished out of Dan Anyiam Stadium.

Heartland who are in the 13th position with 14 points from 11 games are seeking a place in the top 10 as they host Dakkada FC today.