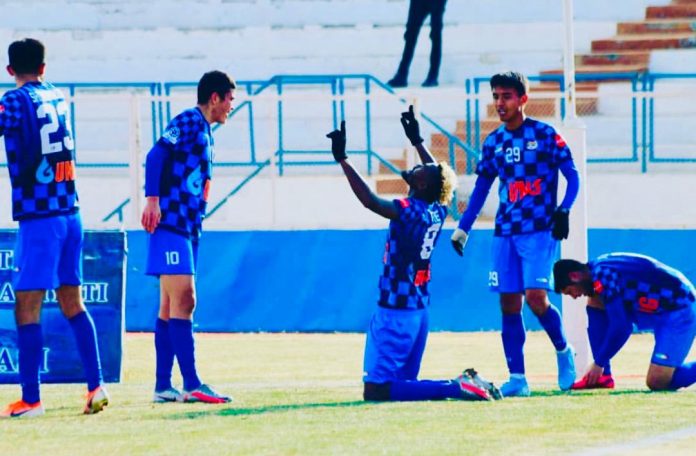 FC Mashal Muborak attacking Midfielder, Michael Ibe nets his first goal for the club and produced a Man of the Match performance to give his team a comfortable home win against Navbahor Namangan.

Having failed to score for his new club since his move in September, his magic moment for Fc Mashal came in the 69th minute when he was released by Murtazaev to slot home as that capped a very fine evening for his club.

The Mercurial Midfielder who joined mid-season from Uzbekistan Club FC Andijan made a lot of impact in the match as his team started the rout in the second half with two quick goals from Abduraimov and Murtazaev in the space of 3 minutes to put them on the road to victory before he summed it all with a wonderful finish from close range.

In a chat with Wazobia FM Sports Correspondent, Favour Itua, the former Aiteo Cup winner said this goal indeed wass a blessing for him even as he thanked God for his Man of the match award and teammates for the collective efforts.

“I want to thank God for my first goal for Fc Mashal Muborak, it has been a long time coming, since I joined I have been giving my best and today it paid off with a goal and man of the match award,” Ibe disclosed.

“My teammates were wonderful today, they made it very easy, with this I know more will come for me.”

Fc Mashal Muborak are now 10th in the Uzbekistan Pro-League with 23 points from 24 matches.