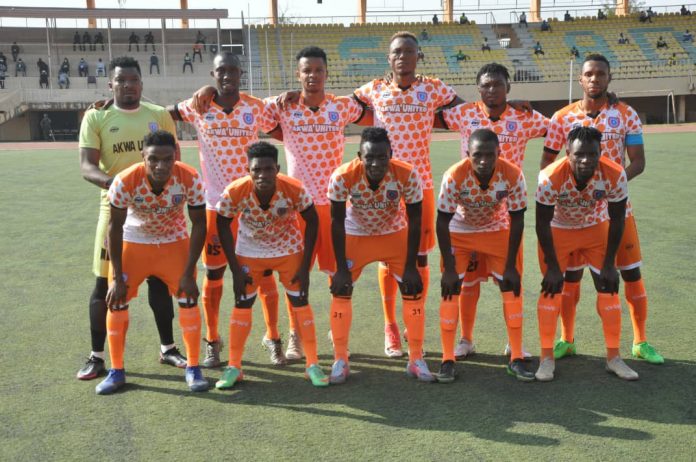 According to LMC’s Chief Operating Officer Salihu Abubarkar, the match will be televised Live on NPFL.TV and will kickoff at 4pm at the Godswill Akpabio international stadium – the Nest of Champions in Uyo.

LMC however regret any inconveniences the change in date may have caused both teams and officials.

The game will be Akwa United’s second home fixture this season to be shown live following their opening day game against Dakkada FC.

Coach Kennedy Boboye’s team will be hoping to record their second victory when they square up against Wikki Tourists. The Promise Keepers have 5 points from their opening 4 games.