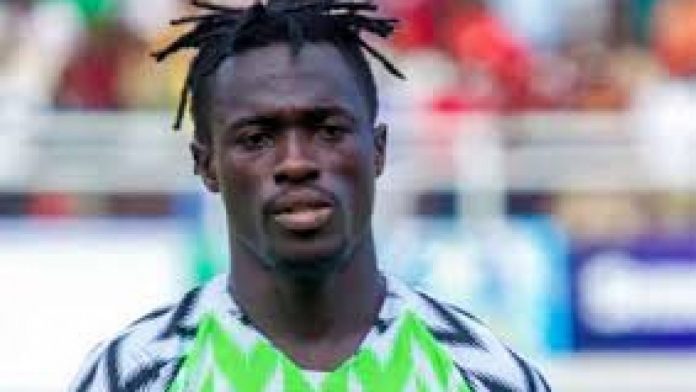 Esperance of Tunisia striker Junior Lokosa is facing around six months more on the sidelines from a damaged knee ligament he sustained while on duty for the CAF Champions League current holders.

Lokosa sustained the knee ligament injury in a training session a few days before the end of the Tunisian league which is club, Esperance defended again last season.

SportingLife source in the North African nation disclosed that the striker successfully underwent surgery and that he has been walking with the aid of crutches to ensure him recover quickly.

Lokosa joined Esperance last season after a productive season with Kano Pillars where he scored 21 goals from only 22 games and he was part of the squad that won the CAF Champions League after the Court of Arbitration for Sports (CAS) awarded them the title after Wydad Casablanca of Morocco abandoned the return leg in Tunis with scores at 2-1 on aggregate.

He is expected to miss most part of the Esperance’s charge for a fourth successive league title when the season opens on August 23 and also he won’t be able to offer much assistance in the CAF Champions League.