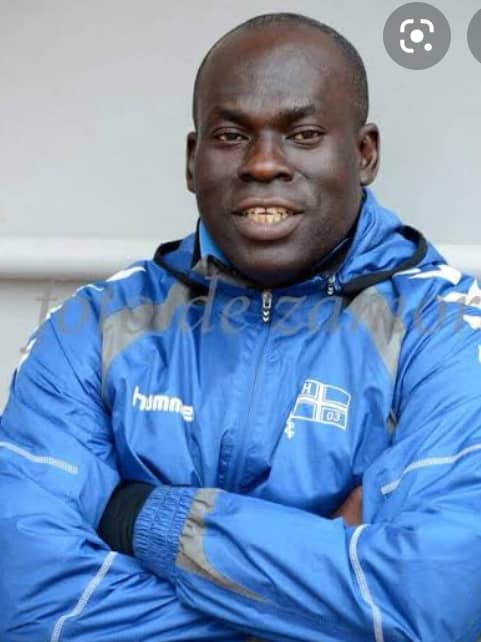 Shooting Stars Sports Club (3SC) of Ibadan, have made their intensions to secure promotion to the Nigeria Football Professional Football League (NPFL) known, with a solid start to the 2020/21 Nigeria National League (NNL) season.

The Oluyole Warriors have been having a good run in the season, which kicked off four weeks ago, having recorded four victories from four matches, annexing the maximum 12 points availablle.

After an emphatic 3-0 triumph over long time rivals, Stationery Stores in Lagos on Saturday evening, Chief coach of the club Edith Olumide Agoye spoke with the Shooting Stars Media,

In this short chat, Esin , as the gaffer is fondly called, revealed the magic behind his team’s success so far as well as his plans ahead, as the team continues the battle for promotion to the elite league.

Thank you very much, we thank God.

First and foremost, we are very happy to do that. There is no magic, there is no secret apart from working hard. If you recollect, we have been building this team for about four years.
It is the result of continuity.

There is consistency in what we are doing and we are very happy we have been able to do this.

But I tell you it is not a day’s job, it is a job that we started four years ago. I think it is based on hard work, the determination to succeed, the fact that we realised that the type of club we are playing for is a club with rich history, with tradition, with culture, with a lot of supporter all over the world and we cannot afford to do less than what we are doing.

Three nil away from home, will you say your opponent were that weak?

No, I won’t say that because if you could recollect, this is a team that almost won against Go Round away from home. They were leading in Omoku in the first half until when the host turned the table around.

Against Osun United in their last home game, they were unlucky not to have won the game.

Yes, they are bunch of young players but they are very good players, today they met a team that was very much prepared than they were.

You have two straight home matches next, what’ s the plan?

First and foremost, we are happy we did job today, (Saturday), we take a rest, tomorrow evening (Sunday), we start preparation for Osun United and hopefully on Wednesday, we take our three points.

Your message to the fans on a final note

We are very happy with what they are doing for us and we are also happy that we able to reciprocate the gesture by giving good results at all times.

We want to ask them to continue to pray for this team, we cannot do it alone, this is a big team, Shooting Stars is an institution, a club that deserves to be at the elite division, their prayers and their backing are very important.

We promise that them at anytime we file out on the field, we will give our best to justify everything they have done for us so far.

Thank you very much.