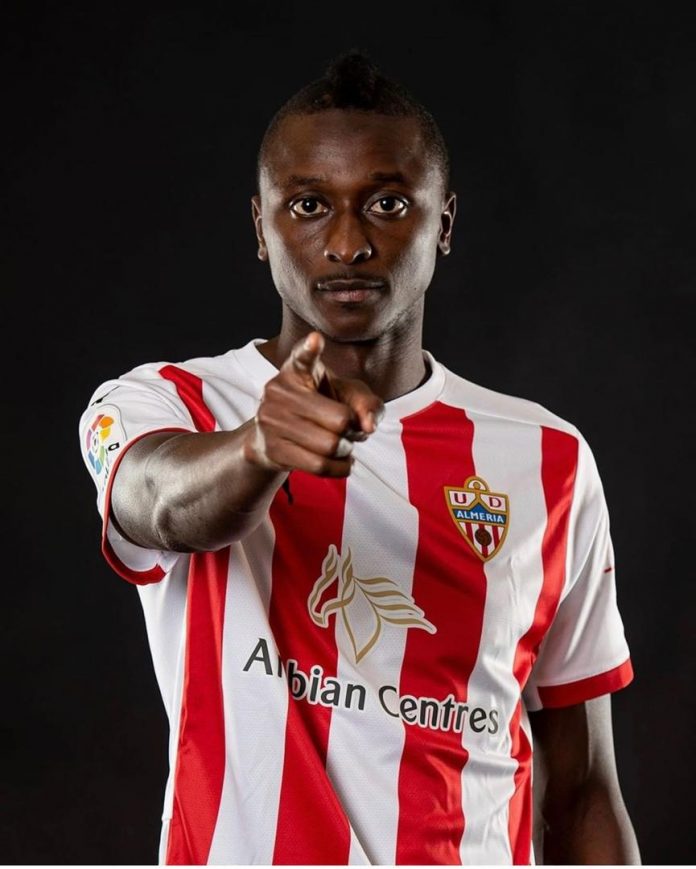 Sadiq Umar has been irrepressible since he joined Almeria on loan from AS Roma at the beginning of the season and he has endeared himself to the Rojiblancos with six home goals in the Spanish La Liga Smartbank from 17 games.

Umar speaks with www.dasportstainment247.com on his career; memorable game; ambition with Almeria; national team call up among others.

I have to thank God for the opportunity that I have always been given in life. As a footballer, we always strive to seek to break new grounds until the end of our career. We want to play until the highest level.

For me playing in the Europa League last year and this season coming to Spain to play in the Segunda is a good achievement for me because the team I am are teams with big budgets and plans. Almeria is planning a return to La Liga and from there, it will be a big boost for everyone in the club. Spanish league is one of the best leagues in the world. After the World Cup, Champions League and Europa League everyone knows it. I can say the Spanish League is like the premier league because it is always about one on one, counter attacks, duels. It is a good experience for me and I always have the memory in my mind.

Every game is memorable for a reason but our game with Manchester United which we lost at home could be regarded as a big game. We were unlucky and I always remember the game in my mind sometimes even thinking about how we lost the game up till now.

The ambition is to play for the first division and it was among the reasons I went there. They have good plans and the money is there to match their plans with action. Every at the club wants to gain promotion to the first division.

My first international tournament was at the 2016 Olympics in Brazil. It is always a pleasure to represent my country. I will say it was a dream come true because when I was young the first thing I know about watching football was with the Super Eagles. Even though I already made my debut for AS Roma and was on the bench in the Champions League but that was a different feeling.

We are blessed with a lot of young talents and going all over the leagues in Europe there is hardly a place you go without Nigerians playing there. Some are even playing for the England national team. I will wait for my time and I hope I grab it when it comes. I have no doubt about it, one day it will happen.

Kaduna as producer of talents

Kaduna is like Brazil in football. You will see a lot of players in Kaduna that you have never seen before and they are all coming and keep on boosting the image of the country.

We are always together even now he is here with me but you know in life what comes up to you, you just have to keep the faith. He has been having waiting for different type of results and now he is okay and he is just waiting for the permit to come back to the system. He is training even harder than ever to make his comeback a reality.

No it is not over for him. He even had a medical last week and the result was good and I think this new year everything will be fine.

He is a good friend and I wish him all the best. He is now playing in France and apart from being a good footballer, he is also a good guy.