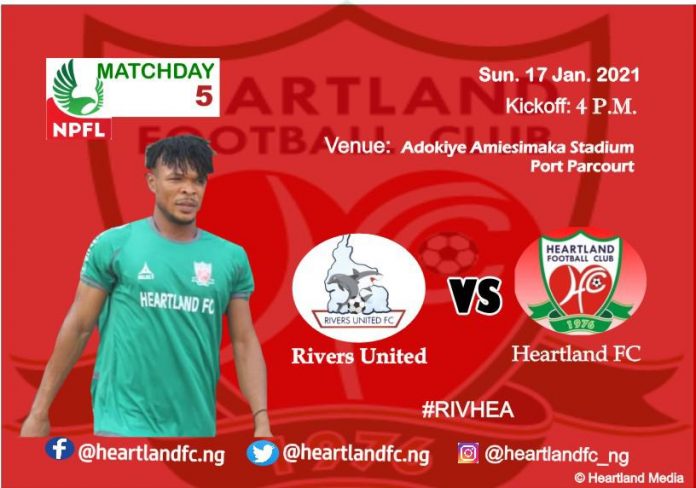 The Garden City of Port Harcourt will be agog with football artistry on Sunday with Heartland FC clashing with NPFL leaders, Rivers United in a Matchday Five tie at the Adokiye Amiesimaka Stadium.

Speaking exclusively to Heartland media, Midfielder Jimoh Gbadamosi was emphatic in his assessment of the Sunday showdown with the Pride of Rivers and he stressed that their home win over Enyimba has brought glad tidings and that they are working hard to secure a positive result in Port Harcourt.

“We are in Port Harcourt for the three points or nothing as the victory against Enyimba have brought positive vibes to the team,” Gbadamosi told Heartland media.

“I and my teammates are working very hard in gaining a continental slot for the team and am striving to become the best midfielder in the NPFL,” he concluded.

Heartland are currently 18th on the log with three points from four games.