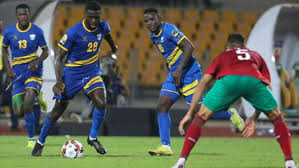 Morlaye Sylla scored his third goal and Mamadouba Bangoura his first at the African Nations Championship (CHAN) as Guinea defeated hosts Cameroon 2-0 in Douala on Saturday in the third-place playoff.
Sylla put the Elephants ahead on nine minutes in the coastal city by dribbling past several opponents before unleashing a shot that was deflected by Pierre Etame over goalkeeper Haschou Kerrido into the net.

Etame was also partly to blame for the second goal in first-half stoppage time as he initially hesitated to pursue Bangoura, waiting for an offside call, and the Guinean darted clear to score.

Cameroon were booed off the pitch at half-time by a crowd restricted to 25 percent of the 40,000 capacity of the Stade Reunification due to the coronavirus pandemic.

The hosts performed better in the second half, dominating possession, but could not find a way past impressive goalkeeper Moussa Camara.

The final between defending champions Morocco and Mali is set for Yaounde on Sunday with FIFA president Gianni Infantino expected to attend.

Although the tournament is restricted to home-based players, matches carry full international status and count toward the monthly FIFA world rankings.