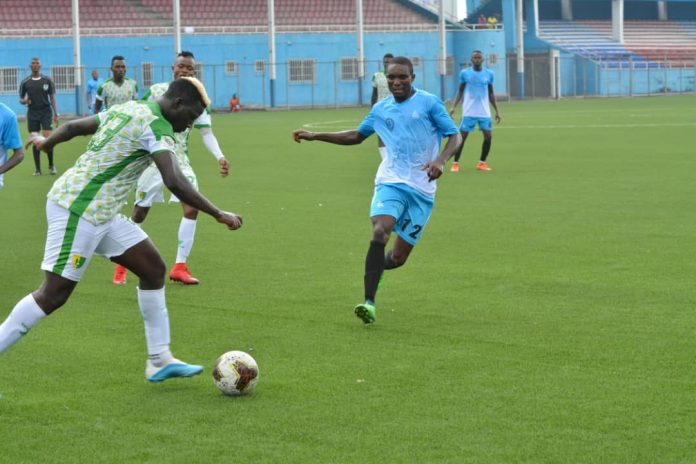 Both teams are still without a point at the ongoing Governor Ikpeazu Pre-season Tournament and they face off in a win or bust encounter fixed for 10 am on Wednesday.

Ngwa United were beaten by Flight FC and Plateau United in both games they have played and time is running out for them to either pick up their pieces or end the pre-season tournament disappointedly. They have their best chance to halt their unimpressive results against Abia Greater Tomorrow.

Abia Greater Tomorrow have lost to two NPFL teams: Plateau United and Abia Warriors respectively. The Uche Okechukwu owned Academy must go all out for the points against Ngwa United.

The People’s Elephant return to match duty by 12 noon when they face A&A FC who played their third game on Tuesday against Jewel FC.

Enyimba have had the luxury of presenting different teams in the two games they have played with Cynosure FC and Jewel FC but with the same outcome- victory. They will test their might against A&A FC who already won two games like them.

Fatai Osho led team is yet to concede a goal after two games but they face Uyo based A&A FC who have not failed to score in all the games they have played. A win will no doubt cement Enyimba’s place in the semi final even with a game to spare but anything other than win for A&A FC could mean them relying on the results of others before qualifying.

Jewel FC is gradually shaping up into the tournament after they earned their first victory on Tuesday against A&A FC. They trade tackles with another slow starter- Abia Comets on Wednesday afternoon at the Enyimba International Stadium, Aba.

Jewel had begun the tournament with a battling loss to Enyimba on Monday but against A&A FC they never left anyone in doubt that they desired the three points and nothing more. They are up against National League side, Abia Comets who secured their first win of the tournament on Tuesday against Cynosure FC.

Bethel Orji led Abia Comets need another win to boost their semi-final qualification as they only have three points from the two games they have played.

Flight FC secured their first victory at the ongoing Governor Ikpeazu Pre-season Tournament on Monday against Ngwa United barely a day after they took off to a bad flight against Abia Warriors who pummeled them 4-0.

Abia Warriors and Plateau United are the teams to beat in Group B but Flight FC are playing catch up. Flight FC must go all out for three points against Plateau United to brighten their faint chances.

Plateau United will qualify for the semi final if they beat Flight FC irrespective of the remaining games in the group.