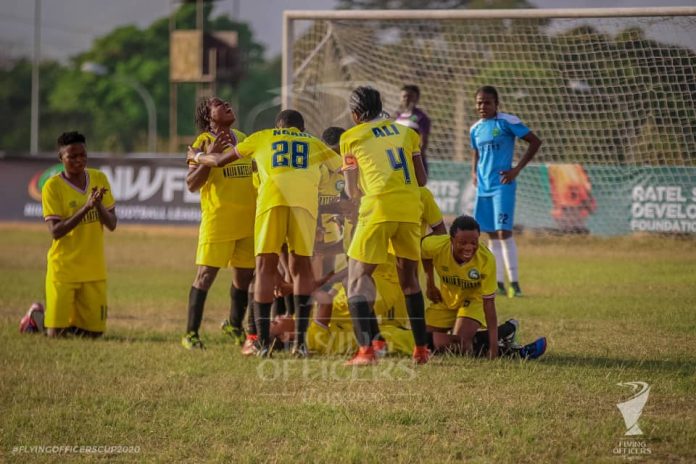 Two revered Nigeria Women Football League (NWFL) Premiership sides will clash in the final of the 2020 Flying Officers Cup on Sunday after Bayelsa Queens and Nasarawa Amazons overcame their opponents in the semi-final games played on Saturday in Abuja.

Naija Ratels fought back gamely in the second half and were rewarded with the equaliser in the 53rd minute. Blessing Emmanuel with a wonderful goal to level the proceedings for Naija Ratels at the Guards Brigade Stadium, Abuja.

Both sides could not get the match winner till the match official signaled the end of the game and had to rely on the lottery of penalties to decide who join Bayelsa Queens in the final.

Nasarawa Amazons went on to defeat Naija Ratels FC 5-4 on penalties to book a date with Bayelsa Queens in the final of the 2020 Flying Officers Cup.

Naija Ratels FC on the other hand will trade tackles with Edo Queens, the same team that defeated them 1-0 in their final group game in the third-place match.

Earlier, Bayelsa Queens had picked the first final ticket after a pulsating 1-0 win over hard fighting Edo Queens, who were the defending champions of the tournament.

The moment of truth came for the Restoration Ladies in the 71st minute when impressive Edo Queens’ defender, Jumoke Alani diverted a goal bound shot into her own net. It was enough to lift Bayelsa Queens above the Ladies from Benin City.

The Flying Officers Cup is sponsored by the owner of Naija Ratels FC, Barrister Paul Edeh and the tournament is in its second edition.