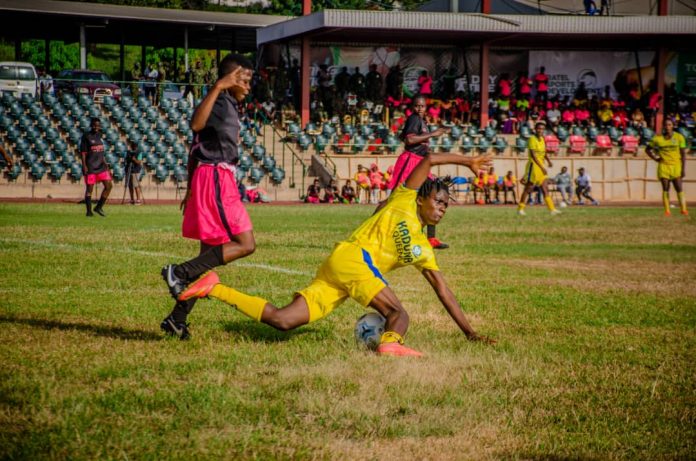 Nasarawa Amazons began their campaign at the Flying Officer’s Cup 2020 with a 2-1 victory over hard-fighting Confluence Queens of Lokoja in Day One of action taking place at Aguiyi Ironsi Cantonment Sports Complex, Abuja.

The game between both Nigeria Women’s Football League teams burst to life in the second half after a barren first when Chidiebere Opara shot Nasarawa Amazons ahead in the 61st minute after good work from Ada Nwachukwu. Opara’s header beat Uchenna Chukwu in goal for Confluence Queens for the game opener.

The curtain raiser brought out the best in Confluence Queens and their sustained pressure paid off with the equaliser in the 76th minute from the penalty spot.

Glory Edet was upended by Nasarawa Amazons defence and Arit Usang dusted herself to dispatch the spot-kick to put Confluence Queens on the level term.

As the game hits the home stretch, Adejoke Ejalonibu put Nasarawa Amazons in the ascendancy again with five minutes to the end of the game and coach Christopher Danjuma led side held on for a famous victory.

In the first game played also at the Aguiyi Ironsi Cantonment Sports Complex in Abuja, the host team, Naija Ratels whitewashed Kaduna United 5-0 in the opening game of the tournament.