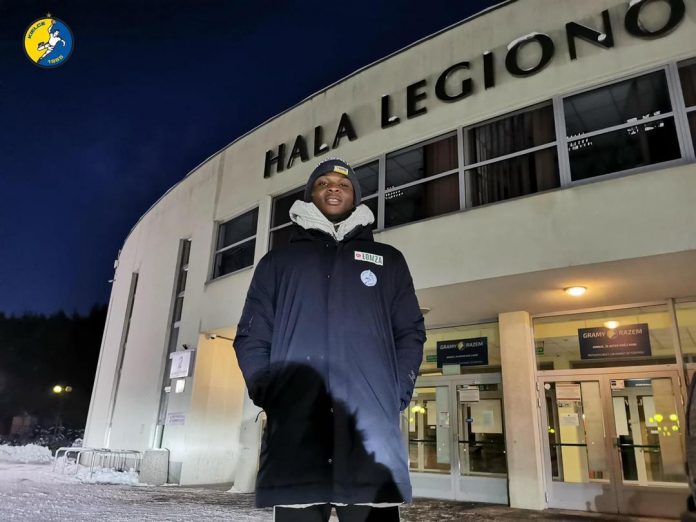 The president of the Handball Federation of Nigeria (HFN), Samuel Ocheho has described the transfer of National team player Farouk Oluwatobi Yusuf to top Polish Handball club, Lombard KS Vive Kielce as an immense benefits to the National Teams.

Farouk Yusuf, who played for Seasiders Boys of Lagos as they finish third at the Prudent Energy Handball Premier League 2020, completed a much anticipated move to Lombard KS Vive Kielce wherein he will join the youth team and also train with the senior team.

Farouk, on his second stint outside the the shores of Nigeria after playing for Morocco top handball team Montanda HC, is expected to sign a full professional contract with KS Vive Kielce in 2022 when he is 18 year old.

For Ocheho, Farouk’s move to a top Polish Handball team, is of immense benefits to the Nigeria National Handball Teams as it will open doors for other Nigeria youths to have an opportunity to play in top European clubs.

“I am quite excited about Farouk Yusuf’s move to Lombard KS Vive Kielce”. Ocheho said in a press release made available to www.dasportstainment247.com.

“Farouk will be the first Nigerian to play in a top European club and in the EHF Champions League and his move will open doors for other Nigeria and even African youths to move to top European clubs.

The HFN President also advised Farouk to make good use of the opportunity so as to bring the world to the doorstep of Nigeria as he look forward to other Nigerians playing for top teams in Europe.

KS Vive Kielce Handball club is one of the best and top team in Poland with 17 Polish SupeLiga(league) titles (they are the current champion), 16 Polish Cup titles and a former European Champion as they won the EHF Champions League in 2016.

According to the Top European Teams, they are ranked 5th ahead of PSG and Montpellier Handball clubs.

They are coached by top former Russian-Spaniard IHF World Footballer of The Year, Talant Dujshebaev, who is an European, Olympic and World Cup winner while playing first for Soviet Union and later for Spain as a center back .

Dujshebaev, whose sons play for the Spain National Team, is excited about working with Farouk Yusuf and believes the young Nigeria will make great impact in the team.