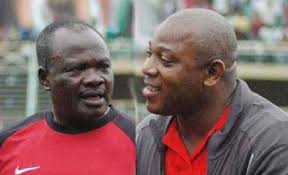 Joe Erico was an apostle of ‘Jogo Bonito’ – an aesthetic football philosophy that is based on the tip-tap playing pattern similar to that of Brazilian Samba.

Erico, popularly known as ‘Jogo Bonito Exponent,’ was a goalkeeper for Electricity Connectors of Nigeria (ECN) and for Green Eagle of Nigeria in his playing days.

He introduced the style of play in Nigeria in the 90s’ – while still the coach of Julius Berger FC aka Adewale Bridge boys.

Erico alongside late coach Shuaibu Amodu and late Stephen Keshi qualified the Super Eagles for the 2002 Korea/Japan World Cup, but they were dismissed before the Mundial.

The former goalkeeper’s death was confirmed on Thursday morning by the Super Eagles media officer, Babafemi Raji via Brila FM, was said to have complained of stomach ache before he died on Tuesday morning.

Goal.com Nigeria’s Chief Editor Shina Oludare tweeted about his death saying: “Former @NGSuperEagles goalkeeping coach Joe Erico has passed on at 72, one of his family members just told me on phone. He had complained of a minor stomach ache on Monday evening and Tuesday morning [today], he waved the world goodbye. May God grant Jogo bonito eternal rest.”